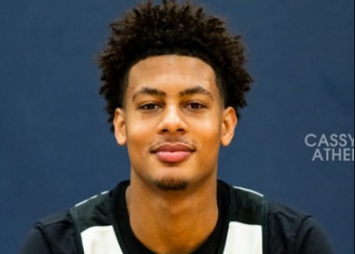 WVU commit Isaiah Cottrell is making his official visit to West Virginia today and he’s now officially bringing a very important friend with him!  Cottrell recently transferred from his hometown of Las Vegas, Nevada to play his senior high school season at Huntington Prep.  His new teammate is none other than the state’s stop recruit, Jaemyn Brakefield.

Jaemyn Brakefield, the 6’9 220 pound 5 star recruit and top recruit in the state of West Virginia, plays for Huntington Prep and has been on the radar of Bob Huggins for some time now.   Once Huggins gets a player on campus, it’s hard for them not to fall in love with the facilities, culture and team.  This addition would be the absolute icing on the cake!

Brakefield is exceptionally special.  He is a top 20-30 prospect in the entire country and he’s an in-state product.  Brakefield has been dominant on an absolutely terrific Huntington Prep team.  On a team of future stars and highly-touted recruits, he’s the superstar.  As a Junior last season, he averaged 19.3 point per game on 51% from the field.  He’s a left-handed powerhouse under the basket and can step out and shoot from the mid-range as well.

Arkell Bruce, Huntington Prep’s Head Coach, described Brakefield as ” very versatile, can guard multiple positions, an exceptional talent, a top 20 player nationally” during my interview with him.  Bruce has coached many talented players but none with any more elite upside than Brakefield.  Bruce also revealed during the interview that Brakefield is very interested in WVU.

Adding Brakefield could help form one of Bob Huggins’ best recruiting classes ever!  Bring him home!