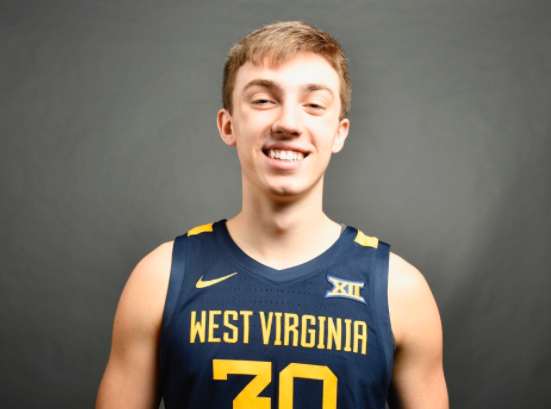 The leading high school basketball scorer and rebounder in the state of Kentucky is a preferred walk-on this year for Coach Bob Huggins and the West Virginia Mountaineers.  Averaging 34.9 points and 15.8 rebounds last year at Silver Grove High School, a very small school close to Huggins’ old stomping grounds of Cincinnati, Macke is the Mountaineer basketball player that no one is talking about.  While Oscar Tshiebwe, Miles McBride, as well as JUCO recruits Sean McNeil and Tajzmel Sherman have been raved about, the 6’2 160 pound Macke has gone largely unnoticed.

I’m beyond excited and honored to announce that I am committing to @WestVirginiaU Thank you to my teammates and coaches for helping me achieve my lifelong goal. Thank you @CoachHuggs for the opportunity! I can’t wait to get to started @WVUhoops #hailWVU pic.twitter.com/9WQu4yLtro

Huggins first saw Macke play at the Adidas Gauntlet in Indianapolis while recruiting Oscar Tshiebwe.  Macke’s game was going on next to Tshiebwe’s game and took notice of the Silver Grove guard.  BlueGoldNews spoke with Macke at the end of the last year:  “After Oscar’s game, Coach Huggins came over and watched the end of our game. He has also seen me play a few other times since then, but that was the first. He offered me a preferred walk-on spot during the summer.”

Macke was forced to sit out a season because he transferred schools, but he exploded to lead the state in scoring and rebounding as a Senior for Silver Grove High School.  Although the level of competition appeared to be very low in his highlights (is he playing with and against 5th graders?), Macke looks forward to playing against and proving himself against the best competition in the country next year at West Virginia.  Huggins has told Macke that he could get some playing time if he shoots consistently, but it’s likely that he will only be seen in the final minutes of blowout wins.

When Macke makes his first appearance in the Coliseum this year for the Mountaineers, it will be SHOWTIME and the crowd will go crazy!  It will be then that everyone knows that Spencer Macke is a West Virginia Mountaineer and that he has officially arrived.