West Virginia WILL Win a National Championship in My Lifetime 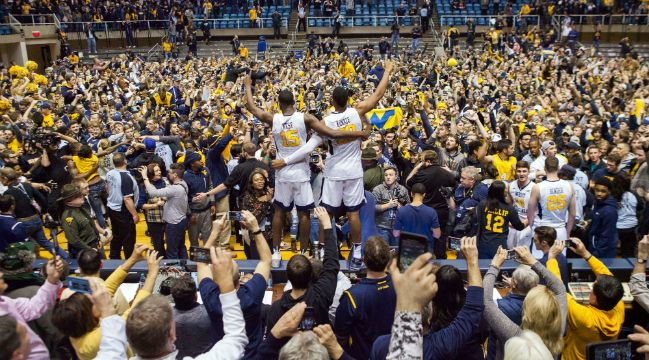 West Virginia sports has been such a huge part of my life that it’s literally tied to nearly every major event in my life.  My relationship with my father is 90% based around what’s happening with the Mountaineers.  I own a keychain and a lanyard and a a license plate and the flying WV on the back of my car to show my undying loyalty to West Virginia.  I haven’t missed a game in at least ten years.  West Virginia sports was, is and always will be a significant part of who I am.

With that said, as I recently turned 40 I started to ask myself realistic questions about my future:  Will I live long enough to see and do the things that will make my life complete and will the West Virginia Mountaineers win a National Championship in my lifetime?

Winning a National Championship is really hard. West Virginia basketball made it to the national championship game in 1959 and lost by one point to California.  The football team competed in the national championship game in 1988 and lost to Notre Dame in the Fiesta Bowl after Major Harris was injured on the 3rd play of the game.  The basketball team also came very close during the 2009-2010 season before losing to the eventual champion Duke after Da’Sean Butler was injured in the 2nd half.  The 2007 football team was the #2 team in the country and 10-1 before losing to 28 point underdog Pitt in the final game 13-9.  So getting to the national championship is difficult, but West Virginia has been there, has been on the cusp of winning it all and making mine and every other Mountaineer fans’ dreams come true.

I likely have somewhere between 25-50 years of life left.  The odds of WVU getting back in contention for a national championship in the next 25-50 years are favorable.

Baseball:  With all due respect to WVU Baseball, winning a national championship in baseball would simply not be the same as winning a Basketball or Football championship.  The same could be said for the Rifle team or Women’s Soccer.  It’s great that they can win and compete for national titles, but ultimately it’s simply not the same as winning a football or basketball championship.  However, with Coach Randy Mazey in charge, the Mountaineer baseball team will be competitive for years to come.  This team likely has the best chance of winning a national championship, particularly since they are in the NCAA Tournament and hosting a regional this season.

Basketball:  West Virginia is very, very lucky to have a coach of Bob Huggins’ caliber guiding the team, but his window is somewhere in the range of 2-5 years before he retires.  Huggins will have his team back in the mix in the NCAA Tournament and anything can happen during March Madness.

One of these three programs will find a way to make the dream of West Virginia winning a National Championship in my lifetime a reality.  Although it’s never happened in the many years of existence, I believe the Mountaineers will win it all because that’s what we as WVU fans do.  We believe and we always will believe.