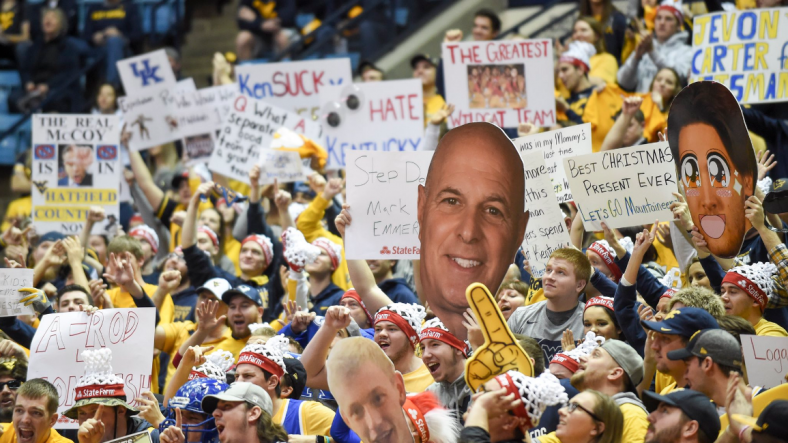 It’s a big game between bordering states. Both teams have been struggling as of late and would love to get back on the right track with a win. The Mountaineers have lost three of their last four games and Kentucky has lost two of three. The Wildcats have fallen out of the rankings for the first time since 2014. The winner of today’s game has a leg up on getting things back on track.

It’s a sellout at the Coliseum and Mountaineer fans will be fired up to see their team take on Kentucky on their home court. ESPN College GameDay is in town for the game and they have done an incredible job with their production.

Check out this video of the College GameDay crew singing “Country Roads.”

And if somehow you are still not fired up check out this incredible hype video narrated by none other than Bob Huggins.