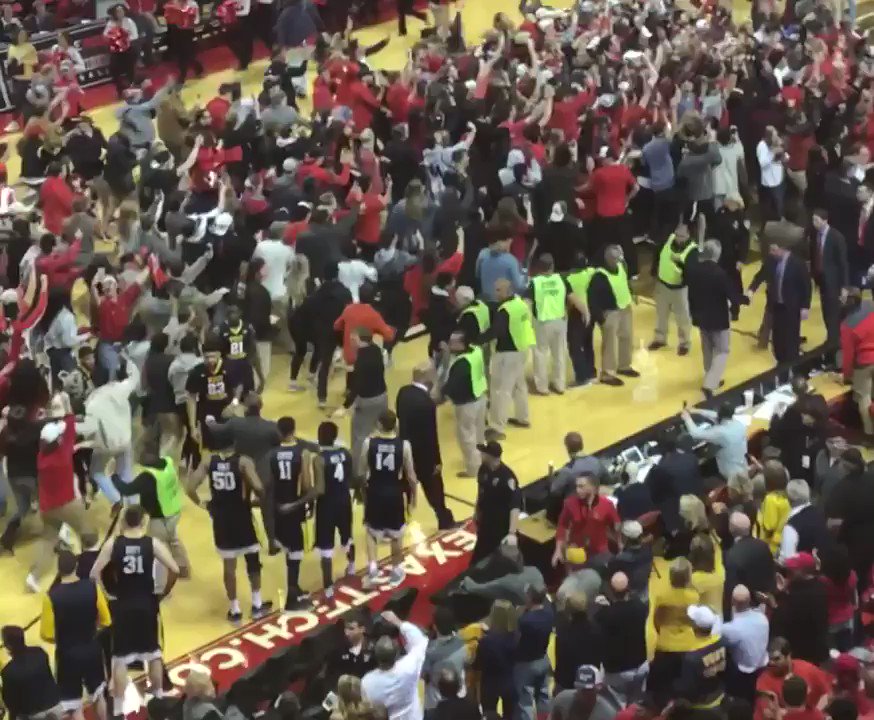 A very heated situation popped off after the Mountaineers loss to Texas Tech on Saturday. There is video that shows West Virginia sophomore Wesley Harris getting into an altercation with some Texas Tech fans after the Red Raiders win. Now West Virginia University has released a statement on the issue.

“We have been in contact with the Big 12 conference and Texas Tech and are gathering information regarding yesterday’s court storming in Lubbock.”

Video has surfaced and it appears the fan ran into Harris as he was storming the court, then Harris extended his arms into the back of the fan.

Here are two videos that captured the incident from different angles:

I guess Wesley Harris #21 and @sagaba50 #50 from @WVUhoops were a little bitter after tonight’s loss to @TexasTechMBB Swinging at fans on the court ???? @Big12Conference @espn #wreckem #gunsup #ttu #wvu pic.twitter.com/cpTdNolmVX

A West Virginia player threw a punch at a fan after the Texas Tech crowd stormed the court pic.twitter.com/rVfA0J2uRv

Stay tuned as we will keep you updated on any new information with regards to the issue.

The Mountaineers host the Kansas Jayhawks as part of ESPN’s Big Monday. Tip-off is set for 9 p.m. EST.