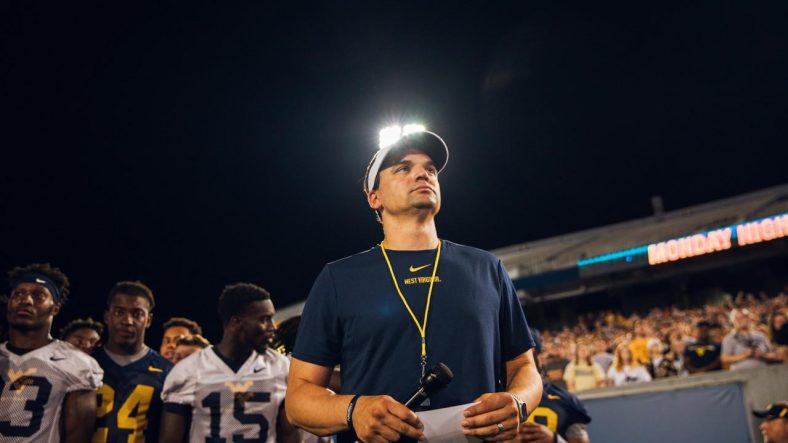 Preface:  Dana Holgorsen was once going through the very same honeymoon period that Neal Brown is currently going through.  He was the belle of the ball, the new coach that could do no wrong and he was going to take the West Virginia University Football program to the next level.  After 7 years of picking apart his weaknesses, highlighting his many flaws and going through a somewhat bad breakup with his former employer WVU, it’s easy to forget how it all started with him back in 2011.  With that said, the following article analyzes and compares Dana Holgorsen and Neal Brown, two extremely different human beings and coaches, objectively and based on merits earned.

Dana Holgorsen – Head Coach at WVU 2011-2018:  Holgorsen was named the Head Coach at WVU with no Head Coaching experience.  He was an offensive guru with the number one offense in the nation in his final season with the Oklahoma State Cowboys.  The succession plan of him starting as the “coach in waiting” behind then-Head Coach Bill Stewart seemed to be outstanding on paper but ultimately did not work out.

Leadership:  Taking over a program with no real experience is difficult to begin with, but Holgorsen is not a great leader of people which makes it even more challenging.  At best, he’s a mad scientist type, a loner, an introvert in an extrovert’s position and role.  He does things his own way because he simply can’t do it the way others do it.  Not wearing blue and gold, a slap in the face to West Virginia fans, was worn as a badge of honor for Holgorsen.  He wasn’t one of us and never wanted to be.  He wanted to coach football and not do any of the other bullshit media obligations, interactions with fans, or anything else other than Xs and Os.  The fans and administration overlooked all of this because of the excitement surrounding his explosive offense and the fresh start that he represented.  He is much better-suited as an assistant coach and really had no business being hired as a Head Coach by West Virginia in 2011.  F

Bowl Games:  Holgorsen’s teams finished 2-5 overall.  His only big bowl game win was his first season when WVU routed Clemson 70-33 in the Orange Bowl.  The other was a 43-42 win against Arizona State in the Cactus Bowl.  That Orange Bowl win was huge but the rest of his bowl games were a real disappointment.  D+

Overall:  Holgorsen’s overall record was 61-41 (.598 win percentage).  Although he managed to have a few outstanding seasons (10-3 in both 2011 and 2016), his time at WVU was largely disappointing and extremely average overall.  C-

Neal Brown – Head Coach at Troy University (2015-2018) and Head Coach at West Virginia University (2019-?):  Neal Brown was widely seen as one of the best young coaches in the nation while at Troy.  Coming off three consecutive bowl game wins and a 31-8 overall regular season record in the past three seasons, West Virginia was extremely lucky that Brown was still available when Holgorsen left for Houston.

Leadership:  Coach Brown has a flawless record with past players and administrators, as well as with current WVU players and administration.  His leadership and ability to teach and work with young people is his strong point.  He kept the entire incoming recruiting class this year and has brought huge excitement back to the program. A+

Recruiting:  Brown has impressed current in-state recruits and appears to be well on his way to landing big-time West Virginia high school players, particularly in 2021.  Landing Huntington 5 star Offensive Lineman Darnell Wright fell short but not due to a lack of effort.  He has gone out of his way to recruit Cornerback Isaiah Johnson (#5 recruit in the 2021 class),  Offensive Tackle Wyatt Milum (#39 in the class) and Defensive End Zeiqui Lawton (#45) and if he lands all three (and there is a real chance that happens) it will be a huge coup for the West Virginia football program and Coach Brown.  A

Bowl Games:  Neal Brown is 3-0 in his career in Bowl games. While at Troy, his teams won the Dollar General Bowl twice and the New Orleans Bowl once.  Brown is a proven winner when it counts the most.  A

Overall:  Brown had a 35-16 overall regular season during his time at Troy.  However, he took over a really bad Trojan team his first year there in 2015 and went 4-8 that year.  His teams finished 31-8 his last three years.  His time at Troy was exceptional and there’s no reason to not believe that he can’t do the very same thing at West Virginia.  A+