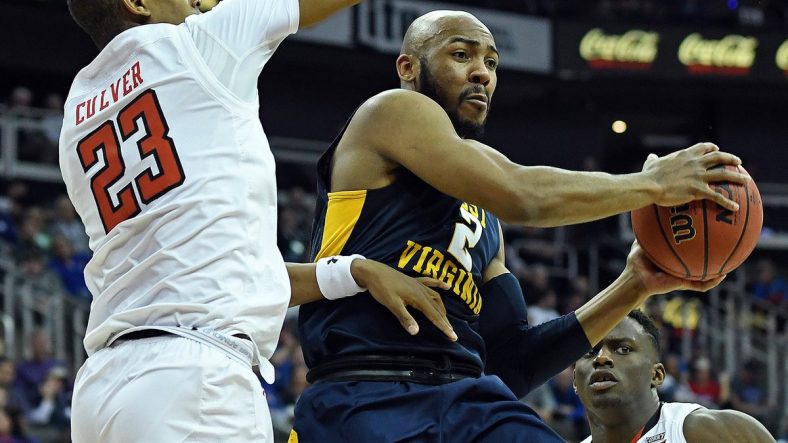 The senior backcourt of West Virginia has their team headed back to the Big 12 Tournament championship game for a third straight year after West Virginia takes down Texas Tech by a final score of 66-63.

The press conference opened up with Jevon Carter being questioned about his matchup with Devonta Graham. The Mountaineer leader took exception and made sure to make it clear it’s a 5-on-5 matchup when these teams square off. Check out the brief but entertaining press conference following the game.

Great parting shot by Huggs when he was told he got off easy. Classic Huggs response, “I intimidate them.”

This Mountaineer team is locked in and has their eye on a Big 12 Tournament championship. There’s no way they’d rather do it than by getting revenge against a Kansas team that they blew a double-digit second half lead against twice during the regular season.