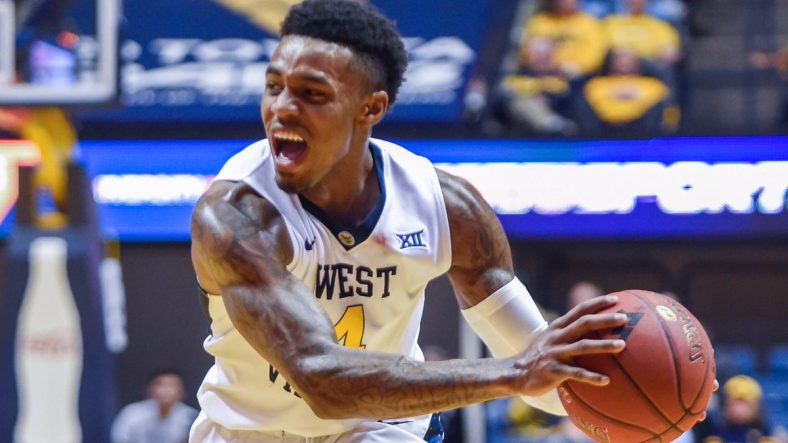 They say it’s very difficult to beat a team three times. Tonight that wasn’t the case as West Virginia takes down Baylor by a final score of 78-65.

Esa Ahmad led the charge with 21 points and Daxter Miles Jr. added 18 as the Mountaineers advanced to the semifinals of the Big 12 Tournament with a win over Baylor.

Jevon Carter had 18 points and 11 assists for West Virginia (23-9), who has won six of their last seven matchups with a Baylor team they once struggled with.

???? Highlights from West Virginia’s 78-65 victory over Baylor to advance to the #Big12Hoops semifinals. #HailWV pic.twitter.com/XAYzf2Z4ql

Waiting for West Virginia in the semifinals is No. 14 Texas Tech, the second seed in the Big 12. This would make the third straight season the Mountaineers advance to the final if they are able to defeat the Red Raiders. Despite this, West Virginia has not won a conference tournament since the Big East crown in 2010.

In a reversal of recent history, West Virginia started slow and was actually the team that made a comeback. Baylor had a first half lead of 18-9 with just over eight minutes to go in the first half.

West Virginia went on a 16-2 run that gave them a 29-23 lead going into the half after Jevon Carter hit a buzzer beater from beyond half court.

But does Trae Young have Jevon Carter type range? pic.twitter.com/d60Gm58RPp

Daxter Miles Jr. is 19-of-39 from three point range over the last seven games. When he is hitting from deep it makes this team much more dangerous offensively.

Now Baylor gets to sweat it out as they wait for Selection Sunday. The Bears have made the NCAA Tournament five times in a row.

The last time West Virginia and Texas Tech tied for second place in the Big 12, but Texas Tech had the tiebreaker. The teams split their regular season matchups. They met in late February and West Virginia got the victory by a final score of 84-74.

Friday night the Big 12 semifinals go down. The first game is Kansas State vs Kansas, set to tip off at 7 p.m. ET on ESPN. No. 18 West Virginia and No. 13 Texas Tech will tip off after the conclusion of the first game, around 9:30 p.m. ET.