West Virginia Should Be Favored Over Texas 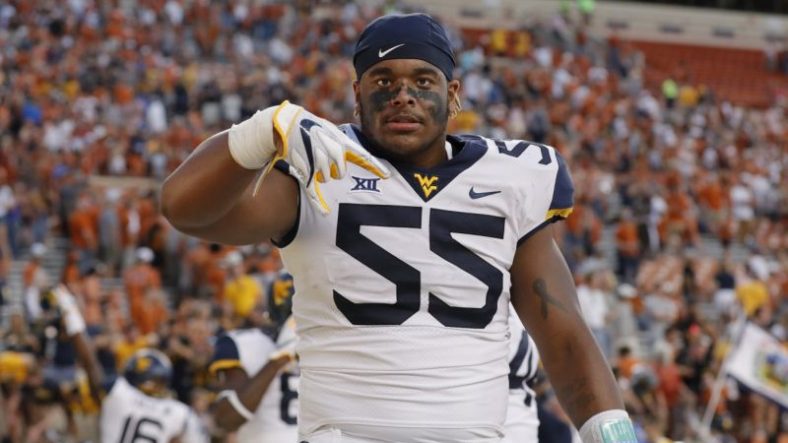 On October 5th, the #12 ranked Texas Longhorns (3-1) will travel to Morgantown for a huge matchup with the 3-1 upstart Mountaineers.  While the experts in Las Vegas may disagree, West Virginia should be favored to win this game.

Currently, ESPN’s Matchup Predictor has Texas as 75.4% likely to beat West Virginia and the Mountaineers as 24.6% likely to win according to their Football Power Index.  While this may true on a neutral field, Mountaineer Field is going to be absolutely electric and anything is possible.  Morgantown is one of the most intimidating, challenging places in the country for opposing teams to travel to, particularly for in-conference opponents and particularly for the Texas Longhorns.

Texas will open up as somewhere between 10 and 14 point favorites, but if you look at the numbers closely, that line is incredibly inflated.  Texas started the season as the #10 ranked team in the country and preseason rankings literally mean nothing.  Since then, they have beaten Louisiana Tech at home 45-14, lost to a really great LSU team 38-45, beat Rice 48-13 on the road and most recently squeaked out a 36-30 win against Oklahoma State at home.

They have taken care of business for the most part at home, but they have yet to be tested on the road.  A trip to Morgantown in October against an overachieving West Virginia team will be like a punch in the face to the untested Longhorns.

The point is that this is not an unbeatable Texas team and in fact is a team riddled with weaknesses that can be exposed by a good coach.  Neal Brown is a remarkable coach that will have two full weeks to uncover Texas’ problem areas and prepare the Mountaineers for the Longhorns.  While the experts will predict Texas to easily handle WVU, consider the electric crowd, the paltry Longhorns’ defense and two full weeks of preparation for Neal Brown and staff to prepare, and West Virginia should absolutely be favored to win on October 5th in Morgantown.