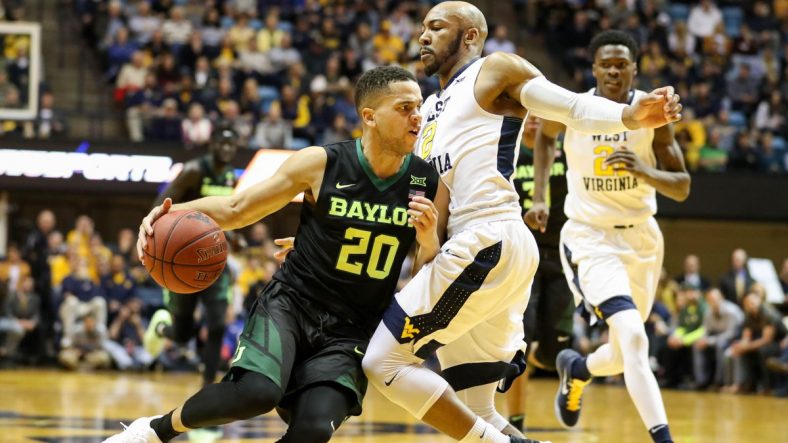 During the week before the poll came out West Virginia had a convincing home win over TCU and losing a close one on the road to Kansas.

WVU is ranked No. 21 in this week’s AP poll, the 51st consecutive week WVU has been ranked. pic.twitter.com/95NGBgshxZ

The Big 12 is down to just three teams in the poll. Kansas moved back into the top ten and is ranked No. 8. Texas Tech moved up to No. 6 in the poll. Oklahoma finally fell out of the poll after losing their fourth and fifth straight games to Texas Tech on the road and Texas at home.

How about Oklahoma? Going from unranked to No. 4 and back to unranked again.

Baylor, Kansas State and TCU all received votes in the poll.

The Mountaineers’ streak of 51 straight weeks being ranked is the fourth-longest active streak. Bob Huggins is coming up on a personal record as he spent 54 straight weeks ranked while coaching the Cincinnati Bearcats from 1998 to 2001.

This week doesn’t get any easier as the Mountaineers have a trip to Waco to take on the (17-10, 7-7) Baylor Bears Tuesday night. Then on Saturday, the West Virginia revenge tour heads to Ames as the Mountaineers look to settle the score with the Iowa Cyclones. It might take a 2-0 week to keep West Virginia in the AP Top 25 for a 52nd straight week.