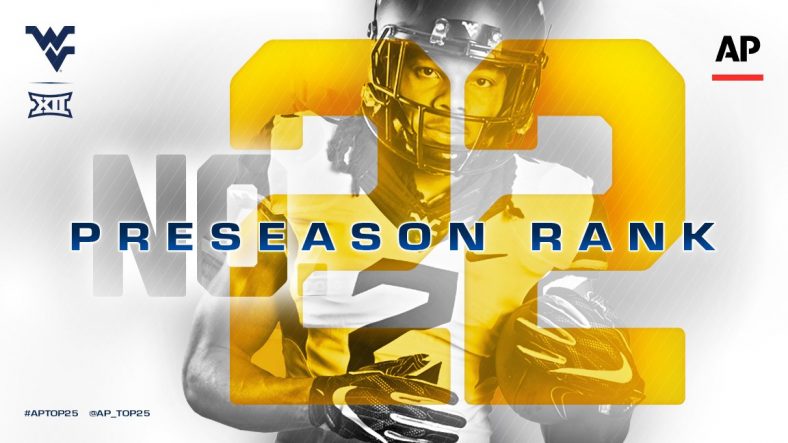 The 2017 starts off with the West Virginia Mountaineers ranked in both the AP and Coaches Poll. #22 in the AP Top 25 and #20 in the Coaches Poll. The AP poll debuted Monday morning.

The Mountaineers are ranked No. 22 in the @AP Preseason Poll #HailWV pic.twitter.com/cIVjSKrk5N

Despite not much recent success, the Longhorns sneak into the top 25 based on the hope that new coach Tom Herman brings to the program.