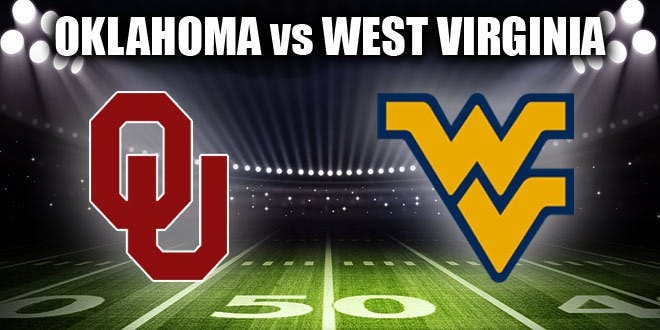 The second half the Sooners impose their will and pull away, winning by a score of 49-20.

We’ll learn a lot about Austin Kendall today.  Will he step up in his return to Norman, Oklahoma and guide his new team to a huge upset, or will he crumble under the pressure?

This is a big opportunity for Kendall and I believe he’ll be ready.  He’ll have a big game, throwing for over 300 yards, but ultimately Oklahoma’s outstanding defense will force turnovers.  The West Virginia defense will give another valiant effort but Jalen Hurts and the Sooners’ offense is just too much.

West Virginia wraps up a brutal three-game stretch Saturday when the Mountaineers travel to sixth-ranked Oklahoma.  The Sooners are the third-straight game in which WVU played Big 12 schools expected to fnish in the top 3 of conference standings.  The first two were at home, losses to Texas and Iowa State.  With the only Big 12 team the Mountaineers never beat in conference play, it’s going to get worse before it gets better.

Alabama transfer quarterback Jalen Hurts has taken over where the past two Heisman Trophy winners, Oklahoma signal callers Baker Mayfield and Kyler Murray, left off in Norman.  Hurts is squarely in line to compete to make the Heisman a three-peat for OU.  He will give the Mountaineers all they can handle and more.

Offensively, WVU quarterback Austin Kendall is expected to return behind center after being knocked out of last week’s loss to Iowa State.  The Oklahoma transfer’s return to Norman should help the offense compared to being replaced by either Jack Allison or Trey Lowe.

Help here is a relative term, however.  The Mountaineers are hemorrhaging players between a rash of injuries and transfers.  For a team that already had talent deficiency issues, these kind of setbacks are death sentence in a Power 5 conference.

The rest of the schedule won’t be easy for WVU.  But it won’t get any harder than this.

I don’t think there’s any doubt that Trey Lowe gives the Mountaineers the best chance to win.  With that said, Austin Kendall deserves a shot in his return to Norman.  With that said, West Virginia doesn’t have a real chance with Kendall as the quarterback.

Kendall might start, but Lowe will get serious playing time and we’ll see a very different offense with him in the game.  Neal Brown apologists question Lowe, saying that he’s only a third string quarterback, that he’s not ready, etc., but the fact remains that he gives the Mountaineers the flexibility to do so many different things that neither Kendall or Allison can.

Regardless of the score of this game, it’s my hope that this is the end of the madness and Trey Lowe is actually given a chance to show what he can do.

With Kendall getting the bulk of the snaps:

With Lowe getting the bulk of the snaps;