West Virginia Moves Up To No. 9 in College Football Playoff Rankings 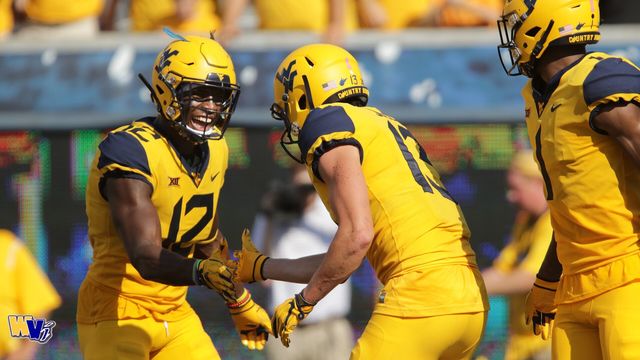 After the big road win over Texas, West Virignia moves to No. 9 in the College Football Playoff rankings, just ahead of Ohio State.

With the loss, LSU dropped from 3 to 7. As a result, Notre Dame, Michigan, Georgia and Oklahoma all moved up a spot.

Washington State sits ahead of WVU at No. 8, which is very interesting. They are coming off of a narrow victory over California at home. Their biggest win is probably a road win over Stanford. Their lone loss was on the road to a very weak team. It seems West Virginia has a better resume, with their road win over Texas, but the committee still has Washington State ahead.

Ohio State is sitting at No. 10 and has looked very bad the past few weeks. They had a narrow road win over a very down Nebraska team. This week the Buckeyes get a visit from Michigan State, which could be tough if they don’t play better.

The thing is, West Virginia needs Ohio State to take down Michigan at “The Shoe” in the season finale. Without a loss from Michigan or Notre Dame, it’s going to be extremely tough for the Mountaineers to get into the top 4.

If West Virginia notches wins over TCU, Oklahoma State, Oklahoma and a win in the Big 12 Championship, it’s hard to see them not jumping over Washington State, LSU and Oklahoma. Georgia is likely taking on Alabama in the SEC Championship game so a loss there would knock them out.

Things are getting very interesting. The Mountaineers are in the thick of not only the Big 12 race, but also the College Football Playoff. All they can do is control what they control. This week that happens to be a visit from TCU.

What’s up next? West Virginia gets a visit from TCU on Saturday for a noon kickoff. The line opened up with West Virginia as 14.5 point favorites and it not sits at 12.5.

The #WVU vs TCU Game to be Televised on FS1 at Noon: https://t.co/5HxhJxdzNJ pic.twitter.com/ODmHRXlAZ5