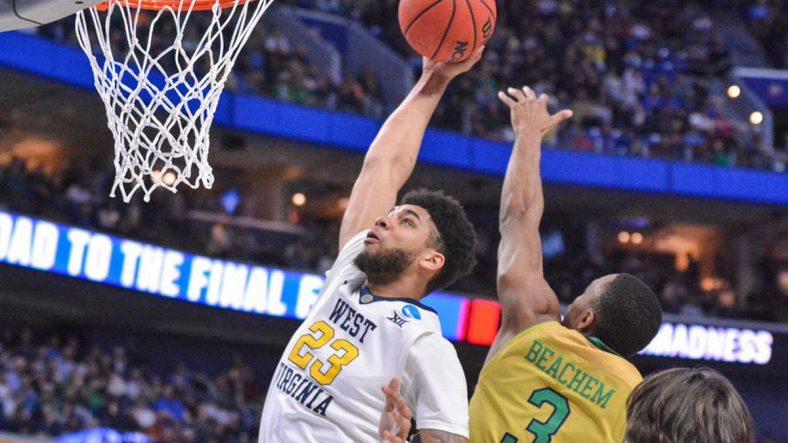 The Mountaineers had their most consistent week in a while with a win on the road against a hot Baylor team and a home win over the Iowa State Cyclones. As a result, West Virginia moves up one spot in the AP Top 25 to No. 20.

The top five remained the same with Virginia, Michigan State, Xavier and Duke going one through five. Kansas has positioned itself for a potential No. 1 seed as they have moved up to No. 6 in the rankings and nailed down a 15th straight Big 12 title. The Mountaineers still own a win over the nation’s top team, according to the AP Top 25.

WVU is ranked No. 20 in this week's AP poll. pic.twitter.com/zCgZTTYeBz

West Virginia’s opponent tonight, Texas Tech, suffered the biggest drop in the poll, dropping from No. 6 to No. 12. Those are the only three teams in the Big 12 in the rankings.

Kentucky, who defeated the Mountaineers at the Coliseum, snuck back into the poll at No. 23. This is usually the time of year when John Calipari’s boys start clicking and preparing for a deep run in March.

It’s Senior Night at the Coliseum as the Mountaineers take on Texas Tech as part of Big Monday. The game will be broadcasted on ESPN2. Seniors Jevon Carter and Daxter Miles will be honored in front of a sellout crowd.

This isn’t just any Senior Night. Win a tin over the Red Raiders, West Virginia could take over sole possession of second place in the Big 12. At this time of year wins are a premium and this would go a long way in getting a two or three-seed in the NCAA Tournament.