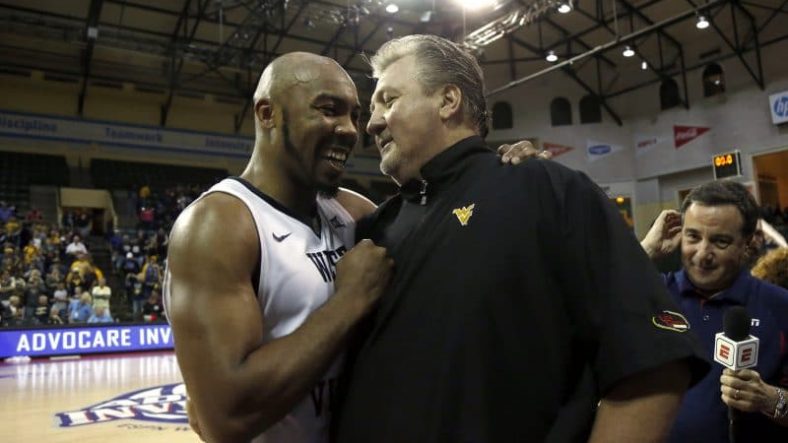 Jevon Carter has been the unquestioned leader of the West Virginia men’s basketball team for their run of three Sweet Sixteens in four years. Now Jevon Carter as well as backcourt mate Daxter Miles Jr. are graduating and there is a void to fill.

West Virginia crushed their first two opponents in the NCAA Tournament. This led them into a matchup with tournament favorite Villanova. For a large portion of the game, West Virginia went toe to toe, but in the end the hot shooting Cats were too much and pulled away for the win.

West Virginia hanging around with No. 1 Villanova ????#MarchMadness pic.twitter.com/PCiLamCMRI

The duo of Mountaineer guards combined for 28 points in their finale. The two led the team in scoring during the regular season as well. While they are the only two seniors in the rotation, they will be extremely difficult to replace.

With these two moving on who will lead the team moving forward?

Esa Ahmad will be the only senior. Will the team look at someone who was put on academic suspension be considered a leader? Then there’s Sags Konate. He is an emotional leader and there is a great chance that he will be the best player on the team next season. Despite this, there is no question his emotions get the best of him sometimes.

Then there’s Lamont West and James Bolden. Two guys that are certainly solid contributors, but they are closer to role players than leaders.

Bob Huggins was able to pass off a great deal of his leadership duties to Jevon Carter this season. Next year it is very unlikely he will have the ability to do so. He will definitely be more active in guiding and leading next year’s team. There will definitely be some adapting without the “best four-year backcourt in the history of West Virginia basketball.”

"They're going to go down as the best four-year backcourt in the history of West Virginia basketball, and that's saying a lot." – Bob Huggins on Jevon Carter and Daxter Miles Jr. #MarchMadness pic.twitter.com/xOB41EH8jV

The 2018-2019 West Virginia men’s basketball team will have the ability to be in the thick of the Big 12 regular season championship race once again. Who will they turn to when it comes to being their leader on the floor? Our bet is on Sagaba Konate as the offense will be ran through him and he is also the defensive leader of the team. Does he have some growing up to do? Absolutely, but another Sweet 16 (or further hopefully) is contingent upon the continued development of Sags Konate.