West Virginia and Marshall Set To Square Off For Berth in Sweet 16, Tip-off Time Announced 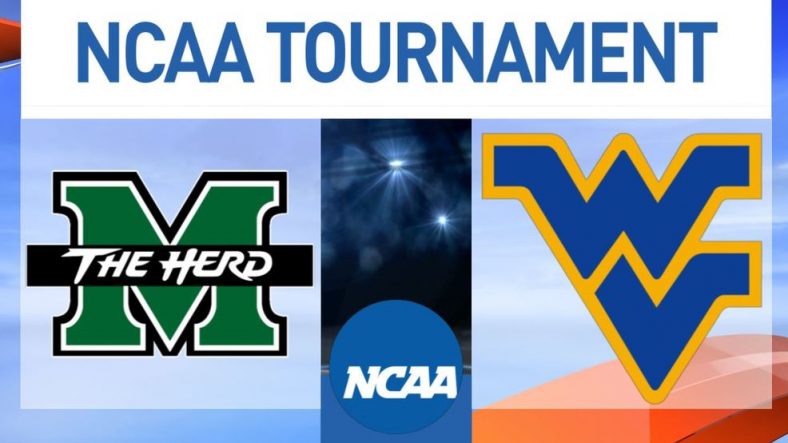 For the first time since 2015, West Virginia and Marshall are set to square off in men’s hoops. This time there will be much more at stake: a berth in the Sweet 16.

How did we get here? Marshall took down No. 4 seed Wichita State by a score of 81-75, something not many expected. West Virginia took care of business against Murray State by a final score of 85-68.

West Virginia and Marshall will tip at 9:40 p.m. ET on TBS on Sunday.

The past is, as they say, the past. This year Marshall (25-10) comes into this second round matchup extremely hot. Marshall has won five in a row including a first round win over Wichita State by a score of 81-75. In the regular season finale the Herd took down No. 24 Middle Tennessee State on the road by a score of 76-67, giving Marshall two wins over ranked teams near the end of the season.

West Virginia (25-10) comes into the game winning three of their last four, with the loss being an 81-70 defeat at the hands of Kansas in the final of the Big 12 Tournament.

Many have dubbed this game “The Civil War.”

There was some controversy when the “Capital Classic” stopped happening. One reason the game doesn’t happen is because the Mountaineers and their fans have to travel much further than the Herd do.

Bob Huggins took it a little further. He believes West Virginia doesn’t get much out of playing the Herd. Marshall coach Dan D’Antoni fired back by claiming that West Virginia is afraid of the Herd.

And we are 40 minutes from a Marshall-West Virginia matchup, which will freak out that entire state. Never seen a fan base try harder to minimize an in-state rival/non-rival/opponent than WVU does Marshall.

“He can say I’m afraid all he wants,” Huggins deadpanned as only he can do. “I’ve probably coached 1,116 more games than he has. It’s ridiculous to say something like that. We’re afraid. Yeah, we’re really afraid. It’s crazy, you know? We’ve beaten Duke. Mike [Krzyzewski] is a pretty good coach. Was I afraid? I wasn’t afraid playing Duke. Played [Syracuse’s Jim] Boeheim. We used to play him every year. Great coach. I wasn’t afraid. Why would I be afraid?

“The thing that’s most laughable, and I’ll get in trouble for saying it I know, but I’m to the point in my life where I really don’t care. How about this? ‘We’re back.’ That was their sixth loss in a row. ‘We’re back.’ ‘We’re back’ all right. Honestly it’s laughable.”

The whole state will be tuned in for this edition of West Virginia-Marshall. The Herd just scored their first win in NCAA Tournament history and will be looking for their first ever berth in the Sweet 16. West Virginia has bigger goals and hopes of the Final Four.