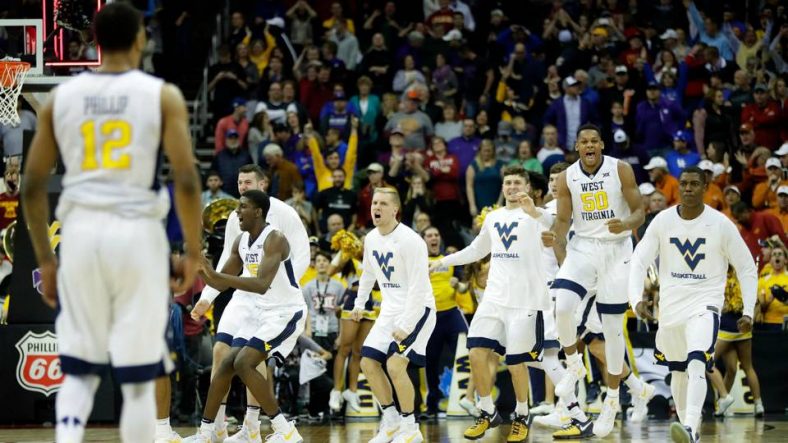 With Wisconsin not making the 2018 NCAA Tournament, West Virginia holds the longest streak in the nation for qualifying for both March Madness and a bowl game.

West Virginia has not missed a bowl game or March Madness since 2013. While that may not seem like a very long streak, it is the longest such streak in the nation.

If Baylor had made the NCAA Tournament, then they would be tied with West Virginia.

Hopefully the basketball team fares better this season than the football team did in their most recent bowl game. The Mountaineer football team, dealing with all sorts of injuries, lost to the Utah Utes in the Heart of Dallas Bowl, 3o-14.

This season West Virginia men’s basketball finished tied for second in the Big 12 during the regular season. West Virginia lost to Kansas in the conference championship game to Kansas by a final score of 81-70.

WVU was given a five-seed for the NCAA Tournament. The opening game for West Virginia is going to be on Friday when West Virginia takes on the Murray State Racers in beautiful San Diego.

We're headed to California for the first round of the NCAA Tournament! Join us for a Mountaineer Meet Up Friday, March 16th at 10am at Effin's Pub & Grill in San Diego. If WVU advances, a Meet Up will be held at the same location 3 hours prior to tip-off on Sunday, March 18. pic.twitter.com/ivCWYudOyn