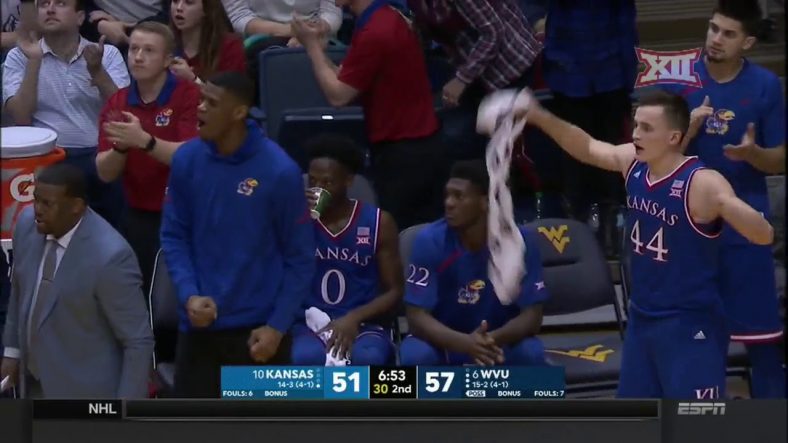 There’s a showdown between West Virginia and Kansas tonight in Kansas City. The Mountaineers hope to break through in the third round of the West Virginia – Kansas trilogy.

As Mountaineer fans are well aware, West Virginia could easily have a 2-0 lead in the series this season if it weren’t for a couple of blown leads.

The first matchup of the season happened in Morgantown. West Virginia blew a 11-point second half lead, losing by a final score of 71-66.

In the matchup in Lawrence, West Virginia blew a 12 point lead with just over ten minutes left in the game. This game became known for Kansas holding a free throw advantage over West Virginia by a 35-2 difference.

It’s only right that these two teams square off in the final of the Big 12 Tournament.

West Virginia is hoping the third time is a charm on a couple different levels. For one, as stated earlier, this is the third time these teams have squared off this season. Additionally, the Mountaineers have reached the Big 12 Tournament championship game for a third straight year.

The last conference tournament won was as back in 2010 in the Big East Tournament. That was a team that made the Final Four. This team has similar hopes and dreams with the senior backcourt led by Jevon Carter and Daxter Miles Jr.

"It would mean a lot to the state of West Virginia" – @sagaba50. @WVUhoops is 1 win away from bringing a Championship back to Morgantown. pic.twitter.com/TaozkggUNJ