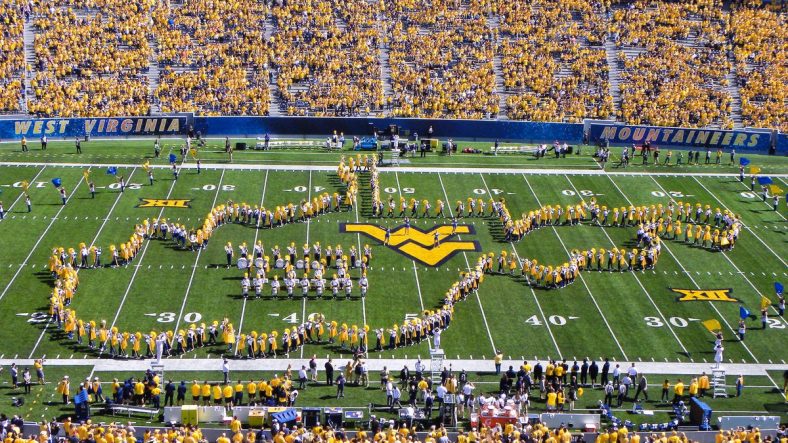 It’s Homecoming week and a West Virginia – Kansas matchup is on tap in Morgantown. The Mountaineers just defeated a ranked Texas Tech team on the road. This win pushed WVU into the top ten for the first time since 2012.

Kansas comes into this game 2-3. Most teams would not be too fired up about being 2-3, but Kansas is not most teams. The Jayhawks picked up their first road win since 2012 against Central Michigan. Coupled with a win over Rutgers (who doesn’t impress Holgorsen) it gave them their first back to back wins since 2011.

If you aren’t able to go watch the game here’s how you can watch/stream/listen to it.

The all-time series sits at 5-1 with the Mountaineers leading. The lone loss came during the debacle of a season in 2013 when West Virginia went 4-8. Kansas won by a final score of 31-19. Before the win over the Mountaineers, Kansas had lost 27 straight Big 12 games. Kansas has never won in Morgantown.

We’re not going to do too deep of a dive for this prediction. Kansas lost at home to the Nicholls Colonels. Sure, they’ve recovered and won a couple games since then, but this is going to be a different story. West Virginia is not Rutgers or Central Michigan.

West Virginia closes out October with games against Iowa State then Baylor. Then in November things get real when the Mountaineers take on Texas, TCU, Oklahoma State and Oklahoma. Texas and Oklahoma State are on the road, with a finale looming against Oklahoma in Morgantown. A win over Oklahoma would potentially set up the massive task of beating the Sooners back-to-back weeks in order to get to the College Football Playoff.

Before we go too far in dreaming about the College Football Playoff, let’s get a home win over the Jayhawks.