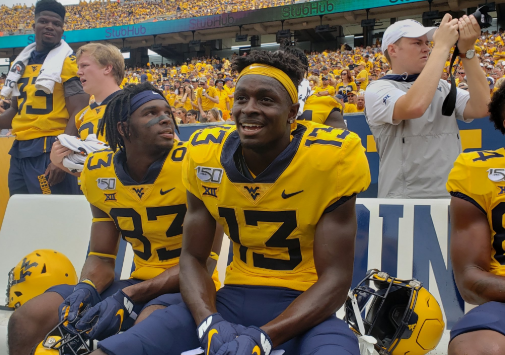 The thought of the West Virginia Mountaineers being bowl eligible this year seemed extremely unlikely following the loss at Missouri and prior to the game against NC State.  Vegas odds had West Virginia winning one more game the entire rest of the season.  They were done and West Virginia fans started to think about next year.  Rather than thinking a winning season was an actual possibility this year, many West Virginians resigned themselves to “the climb” and focused instead on the enormous rebuilding project in front of Neal Brown.

West Virginia’s enormous 44-27 win against NC State changed everything.  Food tastes better now for Mountaineer fans, the clouds have parted and there is sunshine and rainbows surrounding this year’s West Virginia football team now.  Not only will the Mountaineers win another game this year, they can win multiple games, make noise in the Big 12 and yes, make it to a bowl game this year.

Don’t believe me?  The Mountaineers travel to Lawrence to play the Kansas Jayhawks next week.  Although this is far from an automatic win after the Les Miles-led Kansas team curb stomped Boston College on the road, West Virginia should be able to take care of business in Lawrence if they play the way they did against NC State.  A team that was left for dead will likely sit at 3-1.

The Mountaineers will then have a bye week to regroup and prepare before the Texas Longhorns come to Morgantown.  This will obviously be a huge game and another team-defining moment for the Mountaineers.  With a week to prepare and in front of an electric Morgantown crowd, anything can happen and I believe West Virginia can beat the Longhorns.

A game at home against Iowa State is a toss-up in front of another huge crowd before going on the road to play one of the best teams in the country this year, the Oklahoma Sooners. At this point, the Mountaineers will likely stand at either 3-3 or 4-2.  Games on the road at Baylor, at home against Texas Tech, at Kansas State, in Morgantown for Oklahoma State and a finale at TCU are all tough games but certainly all winnable.

Although anything can happen in college football, West Virginia now looks like a team very capable of going 7-5 or 6-6 against a very challenging schedule this year.  Finishing the season with a winning record and making it to a bowl game would be an enormous success for the Mountaineers and suddenly that seems like a very real possibility.