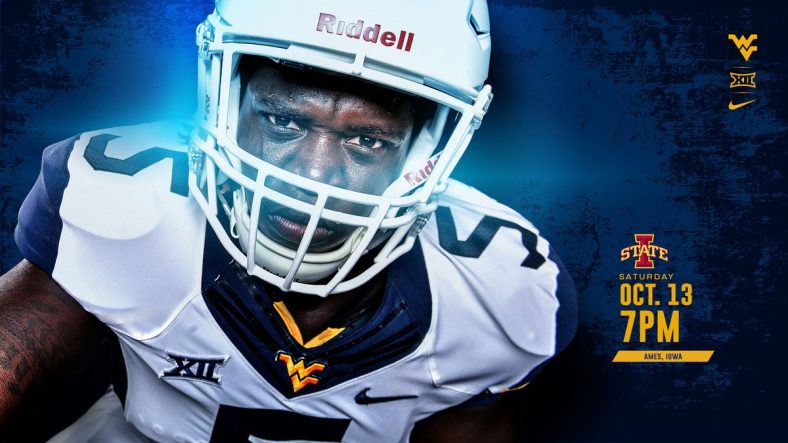 The West Virginia – Iowa State game scheduled for October 13th in Ames, Iowa has been scheduled for prime time. The game will be televised on FS1 with a 7 p.m. EST kickoff.

The Cyclones are coming off a tough road loss against TCU by a final score of 17-14. Next up for Iowa State is a trip to Stillwater to take on the Oklahoma State Cowboys. Iowa State may be without running back David Alexander when they take on the Cowboys.

The @Big12Conference has announced our game at Iowa State on Oct. 13 will kick off at 7 p.m. ET on FS1. #HailWV pic.twitter.com/m8auALnI3M

Though the Cyclones are 1-3, they have played some Power 5 teams tough. Iowa State lost a tough one on the road to in-state rival Iowa by a score of 13-3. The Cyclones hung with Oklahoma before dropping a home contest by a final score of 37-27 and then the road loss to TCU 17-14. Iowa State’s lone win was at home over Akron by a score of 26-13.

West Virginia went into Lubbock and got a win over then ranked Texas Tech by a final score of 42-34. Will Grier led the charge by going 27-of-41 for 370 yards and three touchdown passes. Marcus Simms had a breakout performance with nine receptions for 138 yards. Kennedy McKoy had 77 yards on the ground and a touchdown.

Before their trip to Ames, the Mountaineers get a visit from the Kansas Jayhawks for a noon contest on ESPN2.