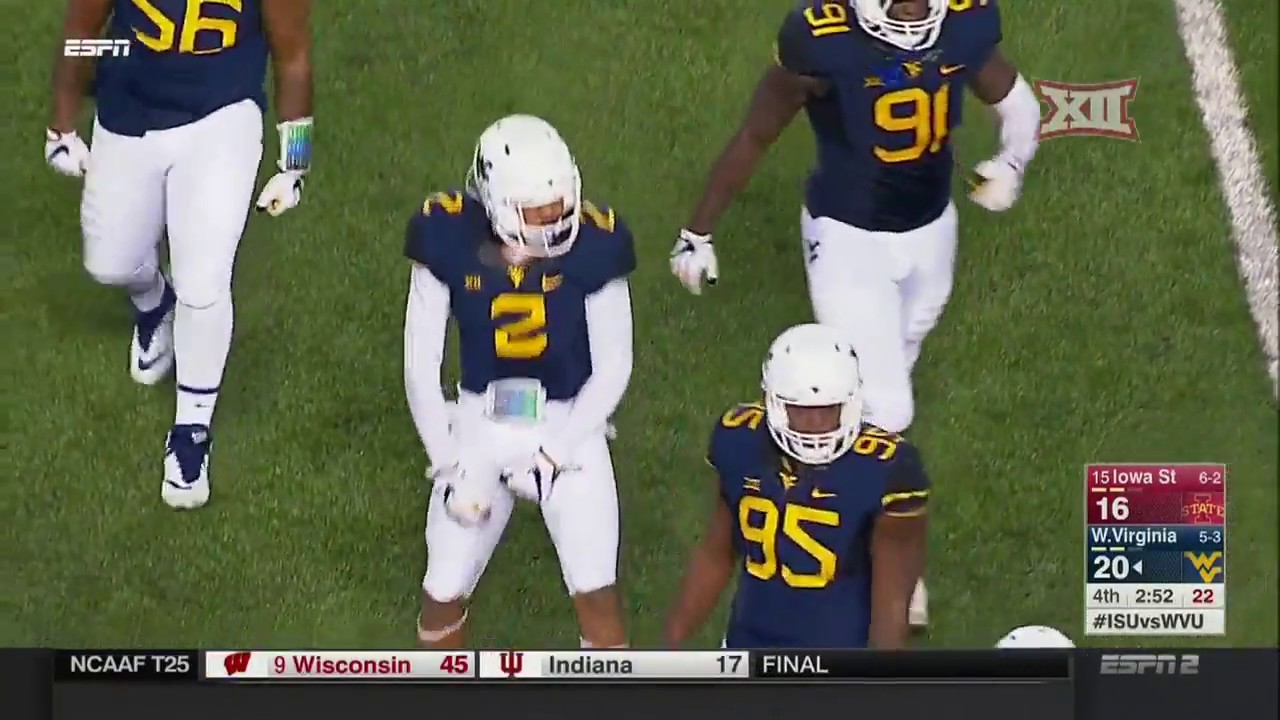 Well, the Mountaineers are officially bowl eligible. West Virginia hangs on for a key win over No. 14 Iowa State by a final score of 20-16.

The Mountaineers raced out to a 20-0 lead and had to hang on late to get the victory. This was the first Mountaineer victory over a top-15 team since a win over No. 4 Baylor during the 2014 season.

When the Cyclones were making their push the Mountaineers were still able to keep the Cyclones out of the end zone and hold them to field goals. The stop that sealed the victory came with 2:52 remaining in the fourth quarter on a big fourth down stop.

Will Grier got back to playing like the quarterback Mountaineer fans are used to seeing. Grier went 20 of 25 for 316 yards and two scores. He threw an interception that came in the end zone with Iowa State defensive back D’Andrew Payne was able to take the ball away from David Sills as the last moment. This could have just as easily been a third touchdown pass for Grier. Moving forward Grier will need to lead the Mountaineers to more points, but it was a nice bounce back from Grier after the awful game against Oklahoma State.

Ka’Raun White was an absolute beast today. He had 134 yards receiving to go with a touchdown in the first half alone. On the game he ended up with 167 receiving yards. While the Cyclones did a good job of quieting Sills, they had no suck luck with White.

As the season moves forward you can look for more teams to focus on Sills, which will give White plenty of opportunities to make big plays.

Here’s what Dana Holgorsen had to say after the game.