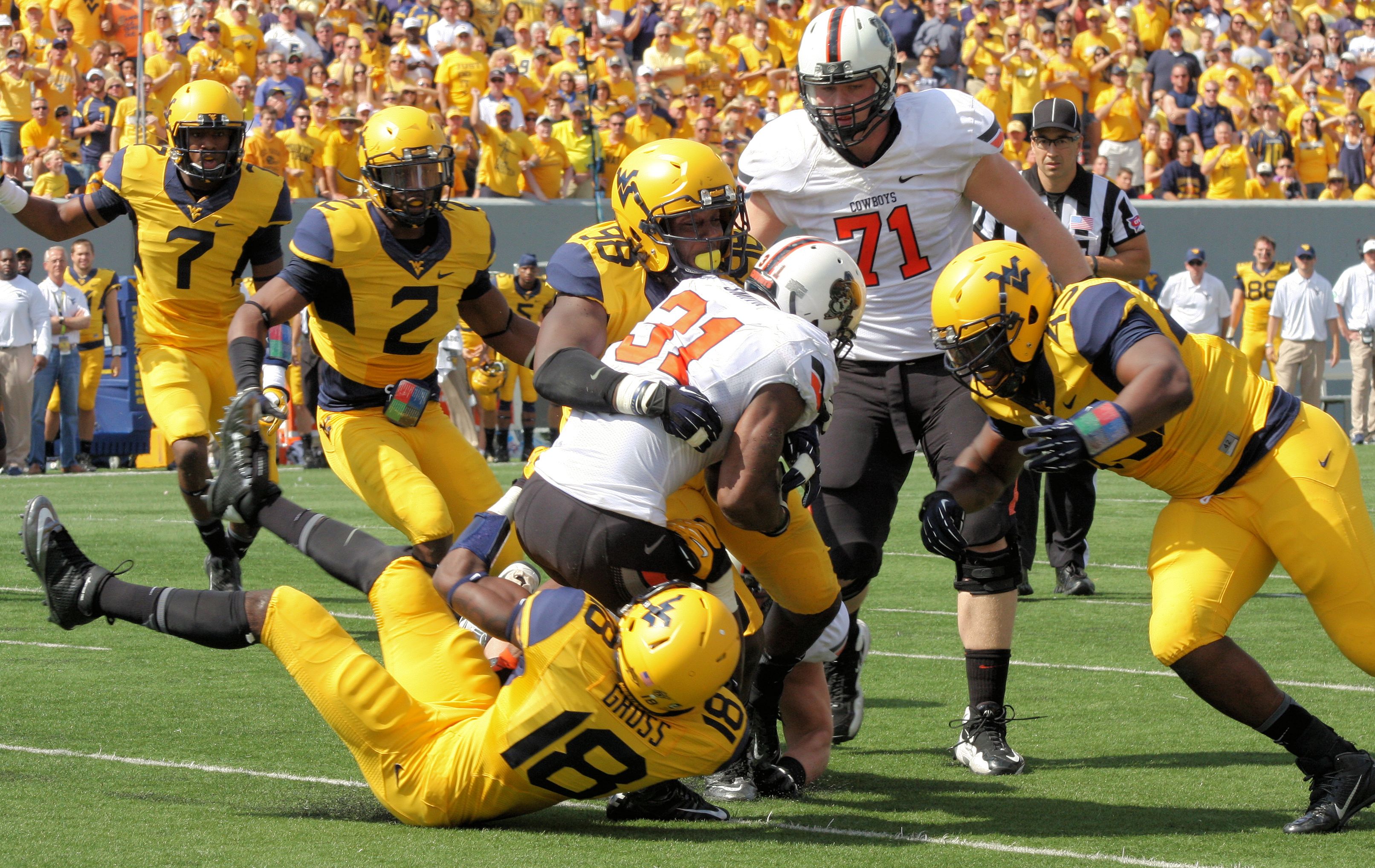 The Mountaineers do seem to play a lot better when they’re the underdog!
Check it out:

So much for WVU beating Oklahoma State. So much for Baylor beating a consortium of marching bands in helmets.

Las Vegas giggles at this matchup.

West Virginia was still feeling pretty saucy about taking down the Big 12 preseason favorites when linebacker Jared Barber caught wind the Mountaineers were 27-point underdogs to Baylor. He was bruised and confused by a point spread that made even less sense than Condoleezza Rice appearing on a football playoff committee.

“We beat the 11th-ranked team last week and to come back Sunday and still be four-touchdown underdog just keeps us hungry,” Barber said. “A lot of people are mad about it, but to me, it’s fueling us.”

Fuel is currency this week, especially as Dana Holgorsen implores his guys to “empty the tank” against a No. 17 Baylor bunch that has proven nothing but proven it in spectacular fashion.

In the middle of defensive turnaround, Rowell starting to believe
Baylor guard hard to miss on, off the field