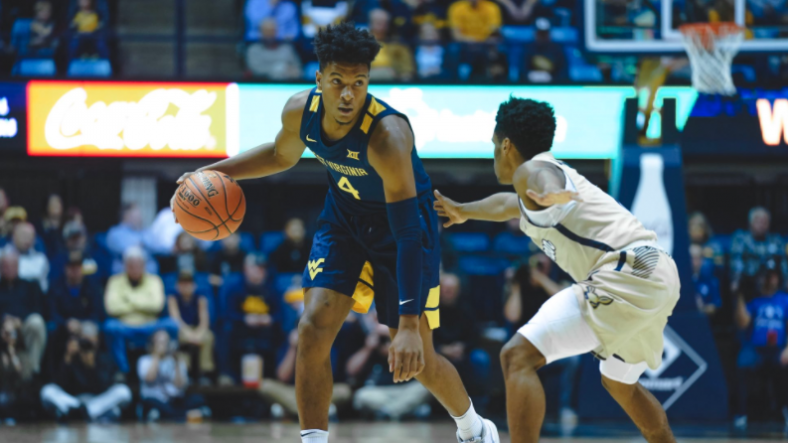 The West Virginia Mountaineers basketball team struggled at times throughout the game and hung on in the 2nd half to beat the Akron Zips by a final score of 94-84.

Emmitt Matthews, Jr., who finished with 13 points (4-7 FG, 3-5 3PT) and 5 rebounds.  In the first half, Matthews hit 3 three-pointers in a row.  Matthews’ extended range will be key to the West Virginia half-court offense this season.

Oscar Tshiebwe, making his official college debut at the Coliseum, spent most of the night in foul trouble, but had 5 points and 5 rebounds in 11 minutes.

Jordan McCabe only played 9 minutes and finished with 2 points and 3 assists.  Brandon Knapper (9 points) and Miles McBride (11 points, 6 rebounds and 4 assists) played most of the minutes at the point guard position.  Both Knapper and McBride played with confidence offensively and toughness on the defensive end.

The Mountaineers will next play the Pitt Panthers next Friday, November 15 in Pittsburgh.  The game begins at 7:00 PM and will be televised on ESPNU.