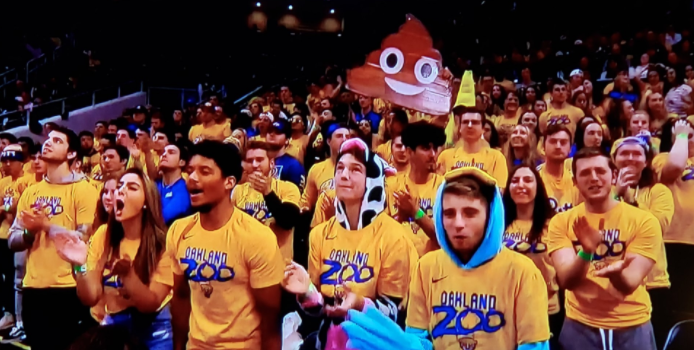 In a physical game that was slowed down by almost constant foul calls, the West Virginia Mountaineers beat the Pittsburgh Panthers in the Basketball Edition of the “Backyard Brawl” by a score of 68-53.

This was a coming-out party for Freshman Oscar Tshiebwe, who finished the game with 20 points and 17 rebounds.  Emmitt Matthews, Jr. added 17 points and 8 rebounds for the Mountaineers.  Newcomer Sean McNeil added 11 points on 3-4 from three point range.

Pitt was led by guard Trey McGowens, who finished with 12 points and 4 rebounds.

Although West Virginia came out with the win, the officiating in this game was absolutely atrocious.  The Mountaineers were called for 27 fouls and Pitt was called for 20, but many were touch fouls that should not have been called.

FOUL!!?? He tripped over his own feet! #WVU pic.twitter.com/ubKSAdD36s

The Mountaineers move to 2-0 and will play the Northern Colorado Bears on Monday night (11/18) at 7:00PM at home in the Coliseum.  The game will be televised on ATSN.