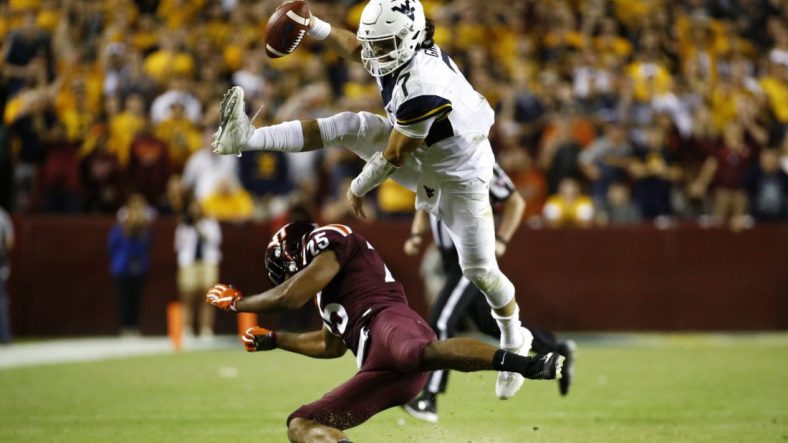 Even though this season hasn’t officially ended, there are already rankings for next season. West Virginia barely cracks Athlon’s way-too-early top 25.

Next year the Big 12 could be even more wide open. With a lot of returning talent, this could possibly be the year the Mountaineers challenge for the Big 12 title.

Some of the top teams are losing their starting quarterbacks. Oklahoma’s Baker Mayfield, Oklahoma State’s Mason Rudolph and TCU’s Kenny Hill all are graduating and their teams will be looking at first-year starters. Meanwhile the Mountaineers have Will Grier and his favorite target David Sills back for the 2018 season.

The Mountaineer schedule will be very challenging. In addition to the usual Big 12 grind, the Mountaineers start the season with a neutral site game against Tennessee followed by a trip to North Carolina State two weeks later.

WVU gets Oklahoma and TCU at home, which relieves the Mountaineers of the daunting task of winning in Norman. Tough road conference games include Iowa State, Texas and Oklahoma State.

Click here to see the rest of the way-too-early top 25 poll from Athlon Sports.