West Virginia Back Into The Rankings 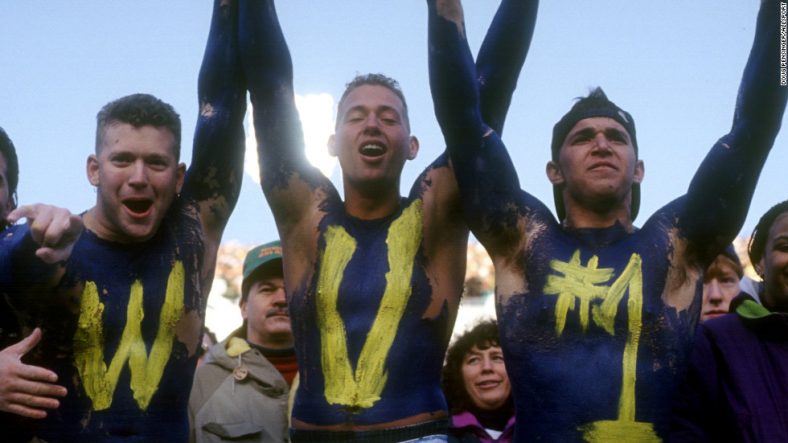 West Virginia is ranked #23 in the AP Top 25 and the Coaches Poll.

SEC atop Top 25 in more ways than one, with six teams in rankings. Big Ten has most in top 10 https://t.co/s0y8LPZP4B pic.twitter.com/QPO5LqRZJS

.@Aztec_Football moves up from No. 25 to No. 21 in Amway Coaches poll. AP poll on deck. pic.twitter.com/DO4zyMCos4

The top 6 is unchanged.  Interestingly, LSU is two spots ahead of Mississippi State in the Coaches Poll, despite getting demolished by them just a week ago.

Not much to be said about who is #1. Alabama has a stranglehold on the top spot and their demolition of Vanderbilt did nothing to question that. Clemson is #2 with a big game on the horizon this coming Saturday when they head to Blacksburg to take on the Hokies. ESPN College Gameday will be there for this ACC showdown.

Despite a very uninspiring performance (especially on defense) against the Kansas Jayhawks, it’s good to get the Mountaineers back in the rankings. After jumping out to a 28 to 3 lead, the Mountaineers went into auto-pilot during the 3rd quarter. In the 4th quarter the Mountaineers outscored the Jayhawks 21-7, creating some distance in the final score and piling up an impressive 56 points in the game. That was the third straight 50 point showing for the Mountaineers.

TCU, WVU’s next opponent, made a giant leap from 16 to 9 in the AP Top 25 and 15 to 11 in the Coaches Poll after going on the road and dominating the Oklahoma State Cowboys. A win over TCU would really solidify the ranking for the Mountaineers. Hopefully Coach Dana Holgorsen takes advantage of the bye week and has the team ready to take on the tough Horned Frogs.