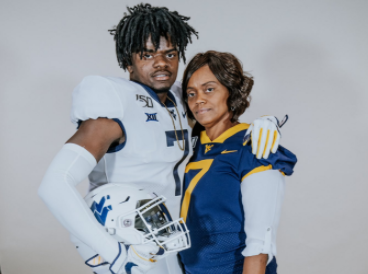 The West Virginia Mountaineers have added 6’0 185 pound Jackie Matthews from Mississippi Gulf Coast Community College.  Matthews is a 3 star JUCO prospect and had several offers, but it ultimately came down to WVU and UCF.  Matthews had planned a visit to UCF, but it appears that that trip will be cancelled.

In his Twitter announcement, Matthews said, “First off I would like to thank God for blessing me with the opportunity to compete at the next level and the ability to fulfill my dreams.  I am truly grateful for the opportunity Mississippi Gulf Coast provided for me.  With that being said, I would like to announce that I’m 100% committed to West Virginia University.”

Grind Turn Into Shine And I'm Showing What Grinding Do !!!! ⛰ #COMMITTED pic.twitter.com/Tqtud8CDkl

With a lack of depth at the secondary position, Matthews has a chance to step in and get playing time in his first year with the team.  Welcome Home, Jackie!