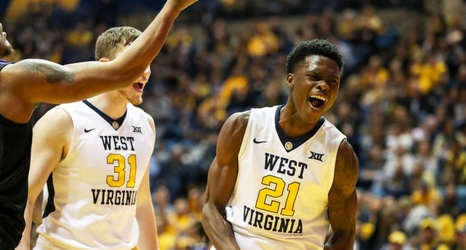 Back in February, WVU basketball player Wesley Harris was dismissed from the team for violating athletic department policies.

Back in February, WVU basketball player Wesley Harris was dismissed from the team for violating athletic department policies. Esa Ahmad was dismissed at the same time. Harris has now chosen his destination. He will be headed to Alabama State.

The former Mountaineer guard was averaging 7.9 points and 4.5 rebounds per game before his dismissal.

Once the team moved on from Harris and Ahmad the team was much more successful, including two wins in the Big 12 Tournament while being led by freshmen Derek Culver and Jordan McCabe.

Going young for the latter part of the 2018-2019 season has the Mountaineers excited for the upcoming season. Loads of talent will be returning this season and joined by incoming freshman studs Oscar Tshiebwe and Miles McBride.

Thank you for your time in Morgantown and good luck at Alabama State, Wesley!