Wendell Smallwood In Position to Start For The Philadelphia Eagles 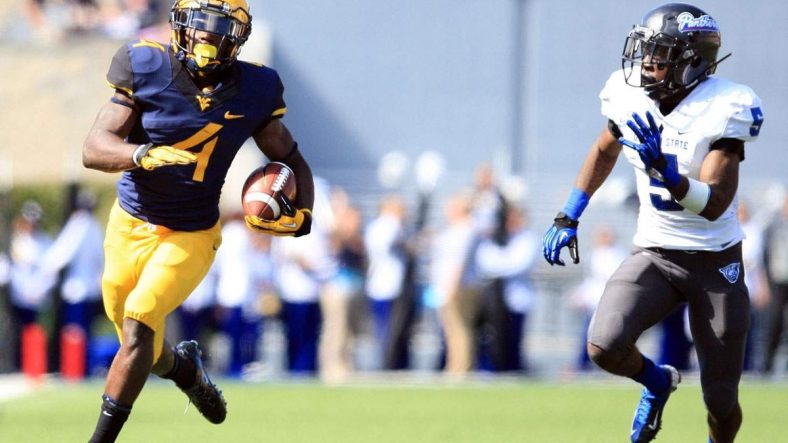 Wendell Smallwood is turning out to be a great 5th round pick for the Philadelphia Eagles. During brief playing time during the 2016 season he made the most of his opportunities. He provided depth at the running back position and also contributed in special teams as a kickoff returner.

Heading into the 2017 season it looks like Smallwood is going to be even more of a contributor. There is actually a decent chance that he will be the starting running back for the Eagles.

In the Eagles most recent game Smallwood split time with LeGarrette Blount as the first-team running back. During his action Smallwood had 4 carries for 28 yards.

Blount has been in and out of camp with family issues which has given Smallwood a chance to shine. He has worked hard to put himself at the top of the depth chart and be in position to start.

Per Chris McPherson, Smallwood has done a good job of improving his receiving ability and becoming able to make more of an impact in the passing game. With his quickness this will add another element to his skillset and make him even more valuable.

During training camp, CSNPhilly dubbed Smallwood as “trending up.”

“In full-contact drills, Smallwood ran with authority — hitting holes, breaking tackles and running away from pursuers,” the site said. “He was especially impressive in the goal-line scrimmage. Smallwood is performing the way an RB who is unsure of his status on the team should — like his roster spot depends on every carry he gets. While the second-year player has the advantage on rookies right now, Smallwood is smart enough to know he cannot have any setbacks with guys like Donnel Pumphrey and Corey Clement hot on his trail.”

In a recent report, 12up.com said that he job is Smallwood’s to lose.