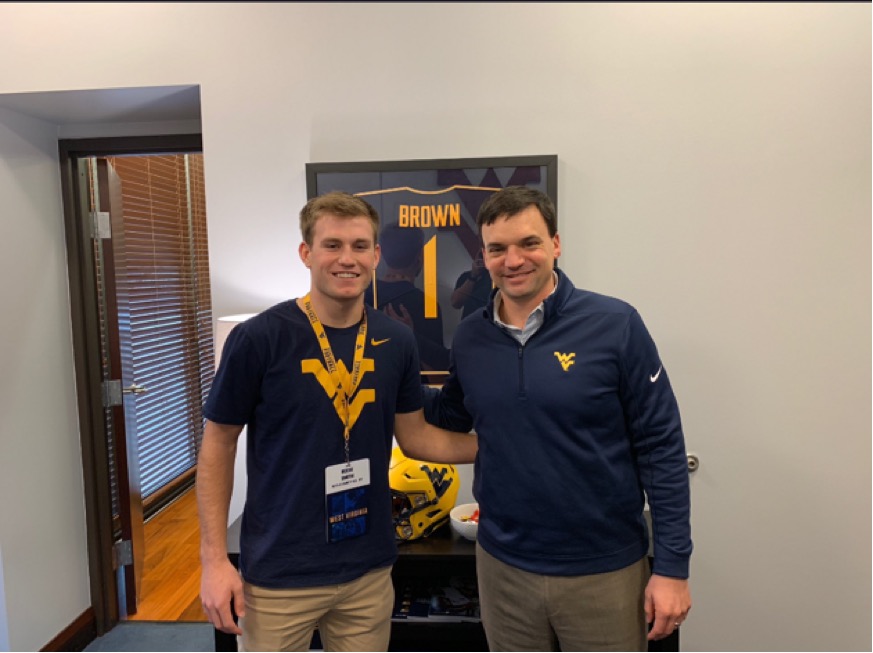 Brown finished his high school career as the state’s 2nd leading receiver of all time.  Reese Smith could potentially break Brown’s receiving records next year.  “I give him a hard time about breaking his records.  He’s still got a couple of records here and I told him hopefully they won’t be up long.  He tells me he was a better player but I’ve got a little more speed than he does.  We joke around about stuff like that.”  Smith said that he has a great relationship with Coach Brown and can’t wait to play for him.  “I have tremendous respect for Coach Brown.  My relationship with him is what set the Mountaineers apart.

Boyle High School Head Coach Chuck Smith, who also coached Neal Brown during his time there, said he’s excited to see Reese Smith in Neal Brown’s Air Raid Offense.  “I’m excited for him, he put a lot of thought into it.  He had a lot of choices and and lot of options and he did his homework.”  Coach Brown wants him to play slot receiver, which is exactly what Smith wants to play.  “Coach Brown was really excited.  He was taking two slot receivers max and he told me that I was a perfect fit for his offense.  We went through some film and looked at clips of what he plans to do at WVU.  We broke down film and their offense is really the perfect fit for me.”

Smith is the first signing of Neal Brown’s 2020 class.  Brown offered a scholarship to him the day after he was hired away from Troy University.  Smith had 11 scholarship offers from schools such as Tennessee, Kentucky, Louisville and Duke.  On his commitment to West Virginia, Smith said, “I felt like it was the best fit overall for what I do.  It’s a blue-collar town, it’s the way I’ve been raised.  I just felt like it was the best overall fit for me.”

Timmy Eads “The New Mountaineer” Interview
And the Oscar Goes to…