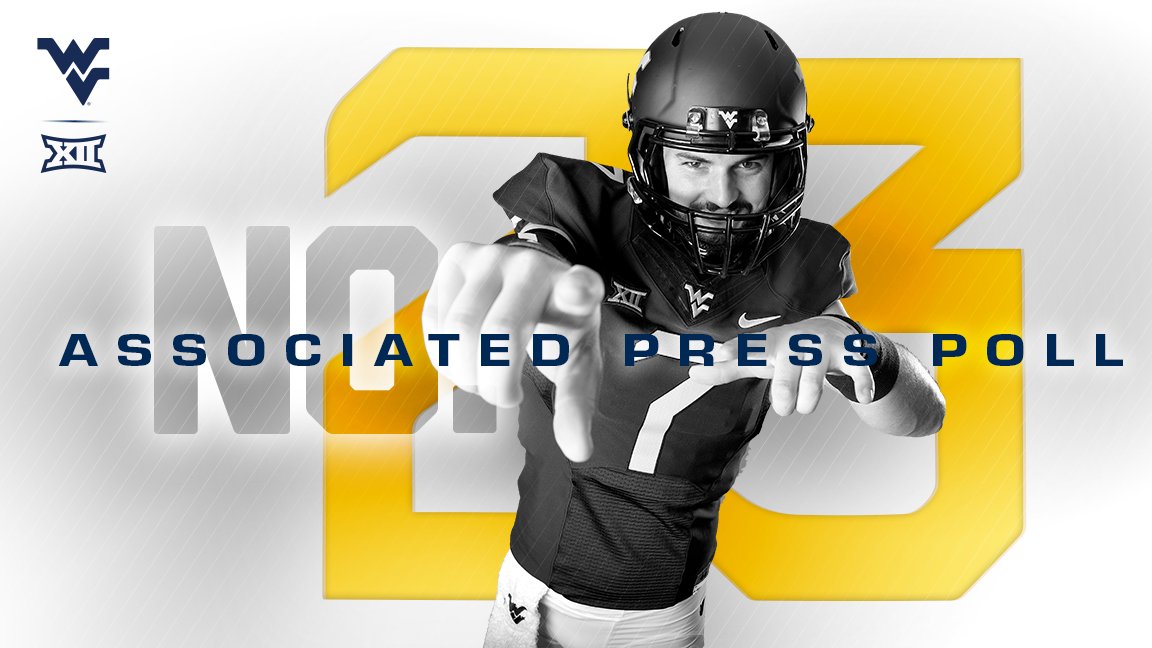 After spending a week out of the national rankings, the Mountaineers have resurfaced. WVU ranked 23rd in both the AP Top 25 and Coaches Poll.

A big victory over nationally ranked Texas Tech has propelled WVU back into the rankings. In the third quarter things did not look promising for the Mountaineers. The Mountaineers trailed 35-17 before scoring 29 straight points unanswered to close out the game 46-35. A big part of the offensive explosion was Will Grier throwing 5 touchdown passes.

David Sills also made big-time contributions in the win. He had 6 catches for 89 yards to go along with three touchdowns. He continues to lead the nation in touchdown catches with 12. In fact, there is no other player in a Power 5 conference with more than 7 touchdown catches. Talk about dominating the competition!

The wins puts the Mountaineers in the hunt for the Big 12 title. Big games against Oklahoma and Oklahoma State still remain on the schedule. There is still plenty of opportunity for the Mountaineers to improve their resume.

Next up for the Mountaineers is the winless Baylor Bears. With Art Briles out and new coach Matt Rhule in, it has been a struggle for the Bears to find their footing.

Will WVU End Their Losing Streak Against Ranked Teams?
Will Grier Named Big 12 Player And Newcomer Of The Week