We Should Truly Appreciate Bob Huggins While He’s Still Here 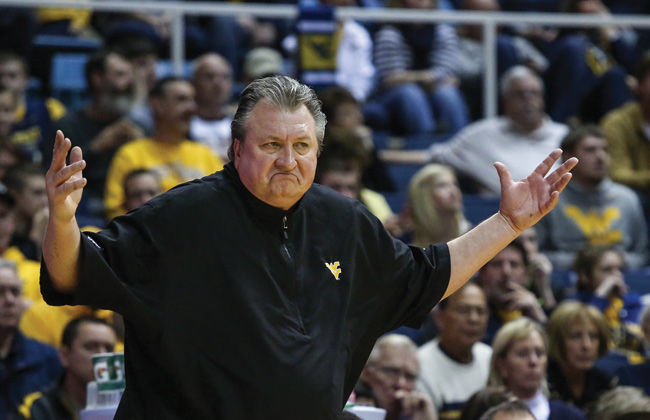 As West Virginia basketball fans, it’s not something we want to consider.  Bob Huggins is an institution at West Virginia, a coaching legend, one of the winningest and most intelligent coaches in the history of college basketball.

We’re now at the point in his career, however, when we have to consider how much longer can he coach for?  Huggins, 66, has coached college basketball since his debut at Walsh College in 1980.  Many coaches have coached well into their 70s.  Larry Brown, former head coach at multiple stops in college and the NBA, recently retired in his late 70s.  Jim Boeheim, the Head Coach at Syracuse, is still going strong at 74 years young.

Huggins’ health remains a question, however.  He doesn’t like to exercise and he has lived hard throughout his life.  He had a heart attack at 49 years old and has frankly put on a great deal of weight since then.  His family has a history of heart issues and he hasn’t done his any favors. It would be great to see Huggins take his health more seriously and lose a few pounds.

Huggins signed a 4 year contract extension in 2017 that runs through the 2021-2022 season.  After that, he has the option to continue coaching or take a position within the athletic department in public relations and development. It’s pretty established that WVU will pay Huggins as much as they can for as long as he wants.

The King of Morgantown

Huggins lives like a King in Morgantown.  He’s among the highest paid state employees (the highest paid?) in the state of West Virginia.  He has a million dollar home situated near the Coliseum, a multi-million dollar home on Cheat Lake and a condo on the beach in Florida during the offseason.  He has an ideal situation in the place that he loves.  He would coach here forever if he could.

However, his illustrious career coaching will likely end following the 2021-2022 season.  Taking the position in the athletic department seems to be the perfect way to fade out of the spotlight while remaining a part of West Virginia University.  That would mean that we have two more seasons to watch and appreciate his brilliance on the sidelines.

Obviously I hope this isn’t true, but it’s time that we prepare for the inevitable.  Unfortunately, Bob Huggins will not be our coach forever, but Mountaineer fans will be thrilled to have him as long as he can still do it.