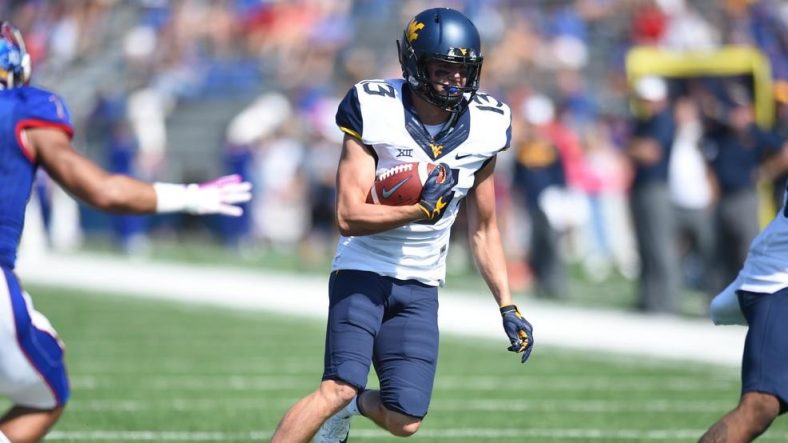 Though the Buffalo Bills did not select David Sills V in the 2019 NFL Draft, an episode of Bills Embedded shows just how badly the Bills wanted him after the draft ended. The beginning of episode 3: Learning the Process focuses on the Bills’ pursuit of Sills.

There is a clip of assistant GM Joe Schoen doing his homework on Sills. Brandon Beane made it know that Sills was almost drafted several times by the Bills.

“David was a guy that was on our draft board and one that we considered drafting multiple times,” Beane said during the episode of Bills Embedded.

Multiple people gave Sills a call to help close the deal. Beane and Schoen called Sills, but that’s not all. Quarterbacks Josh Allen and Matt Barkley both gave Sills a ring. Barkley and Sills have a relationship going back to their mutual connection at USC.

The pressure sales tactics by the Bills worked. Sills’ agent eventually told Buffalo that his guy wasn’t going to talk to anyone else and he planned on signing with Buffalo.

“At the end of the day, I just felt most comfortable with the Bills,” Sills said. “Coming to an organization like Buffalo, playing for, you know, people who absolutely love the team. You know, I feel like It was an opportunity for me to come in and do everything I could to help this organization.”

Though it’s far from a sure thing that Sills makes the roster, even at this point, it’s easy to see him fitting in with the Bills after how aggressively the Bills pursued him.