WATCH: Tavon Austin Has the Philadelphia Eagles on Skates 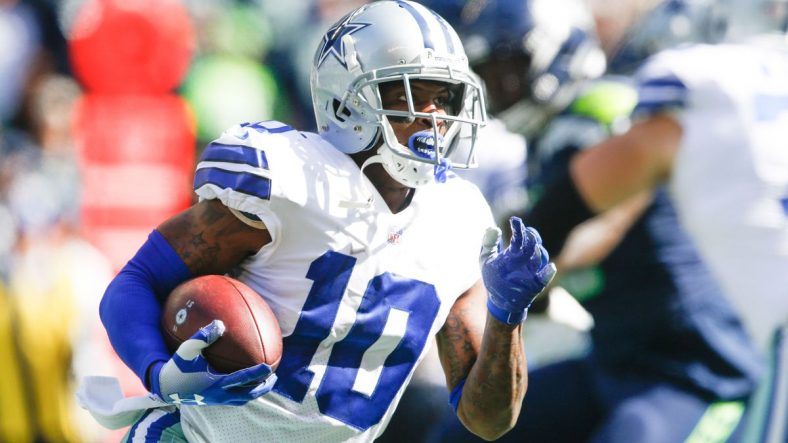 After playing for the Rams his first five seasons in the NFL, former Mountaineer Tavon Austin seems to have found a home as a slot man for the Dallas Cowboys. This is Austin’s seventh season in the pros. Man oh man, where does the time go?

Mountaineer fans remember Tavon for his highlight reel runs. While he has had some moments in the NFL, his career as a pro hasn’t produced the electricity the Rams hoped for when they drafted him No. 8 overall in the 2013 NFL Draft.

Tonight against the Eagles Tavon Austin had the Philadelphia Eagles defense on skates during this 20-yard touchdown run.

Orlando Scandrick got GOT by Tavon Austin

RT if that makes you happy

This gave the Cowboys a 7-0 lead over the Eagles with the winner becoming the NFC East leader seven weeks into the season.

Would it be easier to root for Tavon if he wasn’t a Cowboy? For many of us it certainly would, but it’s Sunday Night Football and there will be many Mountaineer fans pulling for Tavon.