WATCH: No. 2 Pick in the NBA Draft Ja Morant Names the Best Player He’s Ever Played Against 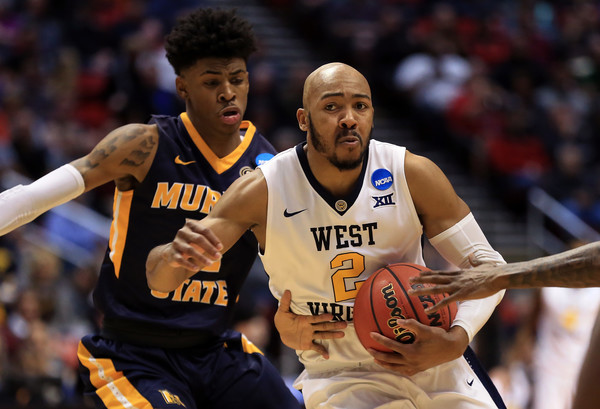 Murray State Guard Ja Morant was taken second overall in the NBA Draft by the Memphis Grizzlies. The 6’3″ guard was taken after Duke star Zion Williamson and before another Duke star R.J. Barrett.

During his freshman season at Murray State he led the Racers up against the West Virginia Mountaineers in the NCAA Tournament. It was a 5 vs. 12 matchup. It’s very common for the No. 12 to take down a No. 5 and many of the experts were predicting Murray State to get the win.

Well, the experts underestimate the Jevon Carter-led Mountaineers. They took it to the Racers and led almost wire to wire. Jevon Carter led the way with 21 points, eight asssists, five rebounds and six steals. The typical Jevon Carter statsheet-stuffing day. Teddy Buckets chipped in with 16 points, Konate had 14 and Esa Ahmad with 12.

The performance by Jevon Carter is not something Ja Morant would soon forget. While being interviewed after the draft, Morant said that Jevon Carter is the best player he has ever played against.

What a compliment for the Mountaineer star. It makes it even better that the two are now teammates in Memphis.

With the youth movement in Memphis, Jevon Carter should be given every opportunity to contribute in the upcoming season for the Grizzlies.

Carter used the last game of the season to make his best case for being a bigger part of the Grizzlies future. He set a career-high in the game and put on a show when he scored 32 points against the then-defending champion Golden State Warriors, including eight three-pointers in just 25 minutes.

Hopefully Jevon gets a chance to shine. One thing is for sure: Mountaineer fans will be pulling hard for JC. It turns out he also has a big fan who is now his teammate in No. 2 overall pick Ja Morant.