How to Watch Mountaineers in the NFL Combine 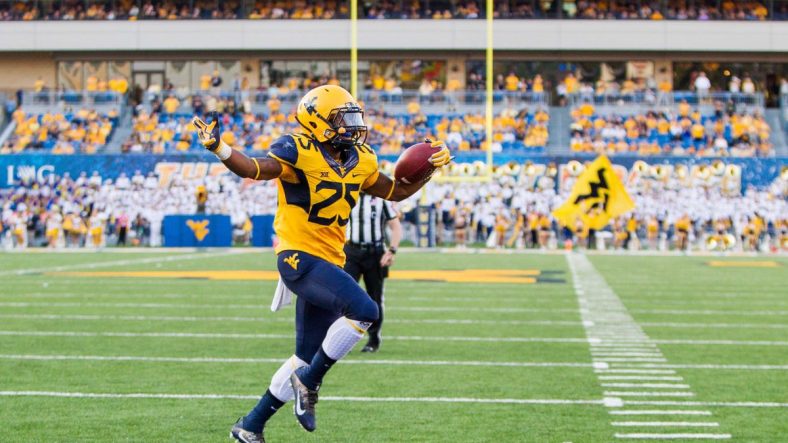 The NFL Combine is coming up. There will be several Mountaineers looking to improve their stock. All three of the Mountaineers that are taking part in the combine were automatically entered in the draft after all of their college eligibility was exhausted. The three players participating in the combine include running back Justin Crawford, wide receiver Ka’Raun White and safety Kyzir White. If you are interested in watching, here is how to watch the Mountaineers in the NFL Combine.

Watch the Mountaineers in the NFL Combine

At this point Justin Crawford is projected to be an undrafted free agent. The combine could be the place where he sneaks into becoming a late round draft pick. While at West Virginia he struggled with this vision and he needs to show that he has the vision of an NFL back. He will be on Day 1 of the combine, later in the day with group 3.

Ka’Raun White struggled through some drops during the 2017 season, which definitely hurt his draft status. At this point he is projected as a seventh round pick or an undrafted free agent. A combine performance could give him a great boost. Some of the knock on him is size-related, but if he shows great hands at the combine that could help him out a lot. He will work out on Day 2 with either Group 4 or Group 5.

As Mountaineer fans are well aware of, Kyzir and Ka’Raun White are brothers. Kyzir has a much better chance of being drafted than the other two Mountaineers at the combine. NFL.com has described Kyzir as a “gift-wrapped, NFL ready frame.” He is being projected to go as high as the second round. Kyzir White will participate in the finanl round of testing, which is Monday, with the defensive backs.