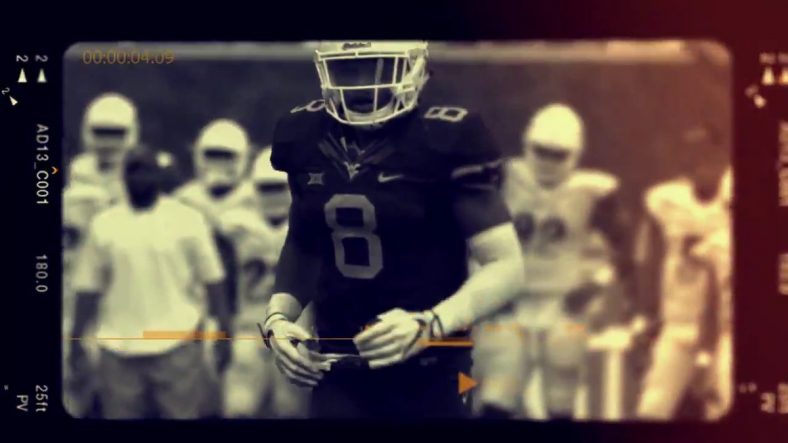 The White family has a heck of a legacy on the football field. It’s more than just football. Kyzir and Ka’Raun White show love for West Virginia in this video.

The Big 12 has a series called “Champions For Life.” This series really showcased what kind of people we are dealing with when we are talking about the Whites. The two spoke fondly of West Virginia and how they have developed on and off the field during their time in Morgantown.

"#WVU felt like home. I couldn't picture myself anywhere else."

Kyzir had some great stuff to say about Morgantown. He didn’t just talk about things on the football field.

“West Virginia just felt like home,” said Kyzir. “I couldn’t picture myself anywhere else. Playing Division I football was a dream come true, and with me doing that and getting my degree, you can’t really beat that. So I’m real thankful.”

Ka’Raun showed gratitude as well. No shortage of Mountaineer pride in this family.

“It changed my life a lot,” Ka’Ruan said about his time playing in West Virginia. “Before this, I was at JUCO at Lackawanna College, and before JUCO I was working at McDonald’s. So I just have to keep pushing and strive for greatness.”

Dana Holgorsen has spoken very fondly of the contributions of the White brothers at West Virginia. Not only were they key contributors on the football field, but also great ambassadors for the university who feel great Mountaineer pride. The oldest brother, Kevin, starred at West Virginia and is now in the NFL playing for the Chicago Bears.

This is clearly a family that loves West Virginia. The state of West Virginia loves them right back. Thank you to the White brothers for an unforgettable legacy in Morgantown. Good luck to Kyzir and Ka’Raun White in the future.