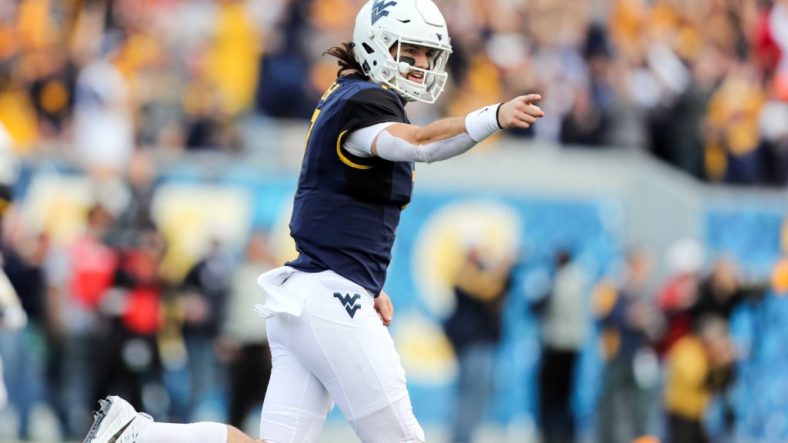 The 2018 Mountaineer hype train is locked and loaded. On ESPN, Joey Galloway and Desmond Howard break down the chances of Will Grier to bring home the ultimate individual hardware in college football.

To get a little perspective, let’s compare the 2017 numbers of Baker Mayfield and Will Grier.

While Grier is not the runner Mayfield is, he is able to move well enough to keep plays alive. Where he can surpass what the 2017 Heisman winner is through the air. With David Sills V, Gary Jennings Jr. and Marcus Simms being joined by Alabama transfer T.J. Simmons, Grier will have no shortage of weapons at wideout. Returning running backs Kennedy McKoy and Martell Petaway give WVU some experience in the backfield. Alec Sinkfield and Leddie Brown will also be in the mix and receiving carries. The offensive line still has ongoing battles for starting positions, including the battle between Jacob Buccigross and Matt Jones at center. While Jones is the incumbent starter, word is Buccigross has the lead on who will win the job.

Many are concerned about the defense going into the 2018 season. Though the defense will be young in key spots, there is an influx of high-end talent with incoming highly-rated freshmen Dante Stills and Kwantel Raines battling for playing time early on.

It’s game week and just a few more days we can finally watch the 2018 Mountaineers take on the Tennessee Volunteers in Charlotte. We’re on the homestretch!