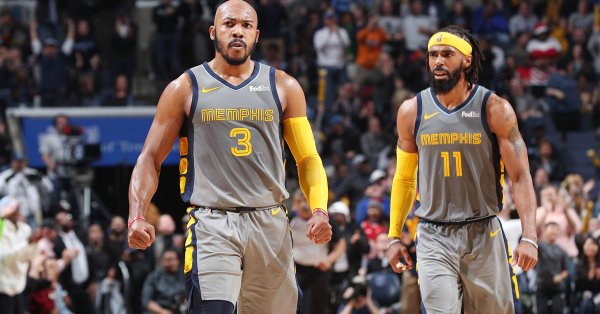 Mountaineer fans have been waiting a long time to see Mountaineer legend Jevon Carter take the floor in a Memphis Grizzlies uniforms. Well, wait no longer.

The debut lived up to the hype and then some. Carter picked CP3’s pocket and then victimized the reigning NBA MVP James Carter.

In 22 minutes Jevon Carter had 11 points, two steals and a block. The fact that he got 22 minutes of burn in his debut shows that the coaches were happy with his performance. Those of us who are familiar with Jevon Carter’s work fully expect him to carve out a role on this team.

Monday the Grizzlies head to Oakland to take on the NBA Champion Golden State Warriors. Will the former Mountaineer take advantage of the chance to pick the pocket of Stephen Curry and Kevin Durant? Don’t rule anything out for the defensive wizard.