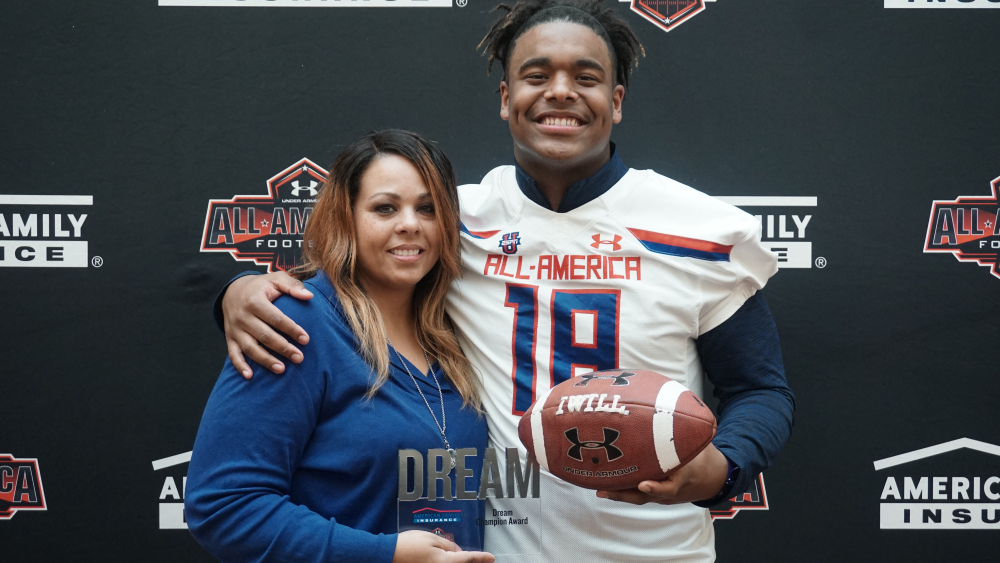 West Virginia commit and Fairmont Senior defensive lineman Dante Stills will play in the Under Armour All-American game on January 4th. The game will be played in Orlando, Florida at Camping World Stadium. It will be televised live on ESPN2 at 6 p.m. EST.

“I’m hoping to get a lot out of it,” Stills said about the game. “I’m the type of guy that wants to learn and get better, so I’ll be looking to gain a lot from all the coaches, players, and former players.”

“It’s just a blessing,” Stills said when asked about winning the fan vote. “It definitely means a lot that people wanted me in this game.”

On Wednesday the four-star prospect received his jersey.

WVU was able to keep the No. 1 player in West Virgina at home, as Stills has committed to play for the Mountaineers. It won’t take Stills long to get to Morgantown as he is from Fairmont, West Virginia, just 20 minutes south on I-79.

He's the top player in West Virginia. He's one of the winners in this year's @amfam #dreamfearlessly Fan Vote. Now, Dante Stills is officially a 2018 @UAFootball All-American! pic.twitter.com/DZHj4buueW