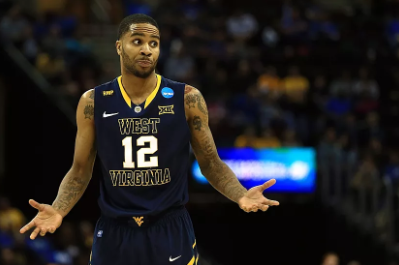 Jevon Carter isn’t the only guard in the Memphis Grizzlies system with WVU roots. Former Mountaineer Tarik Phillip goes for 48 for the Memphis Hustle.

On the season Phillip is averaging 13.5 points, 4.0 assists and 4.5 rebounds for the Hustle.

How could would it be to get Phillip up on the Memphis Grizzlies roster to reunite with former teammate Jevon Carter? If he keeps putting up 40 points they’ll have no choice but to call him up, just hopefully it’s not at Carter’s expense.

Report: Sagaba Konate Out for the Season – What’s Next For Sags?
Fans Waited to Greet Jevon Carter After the Grizzlies Loss in Cleveland