WATCH: Desmond Howard Has WVU Winning the Big 12 and Going to the College Football Playoff 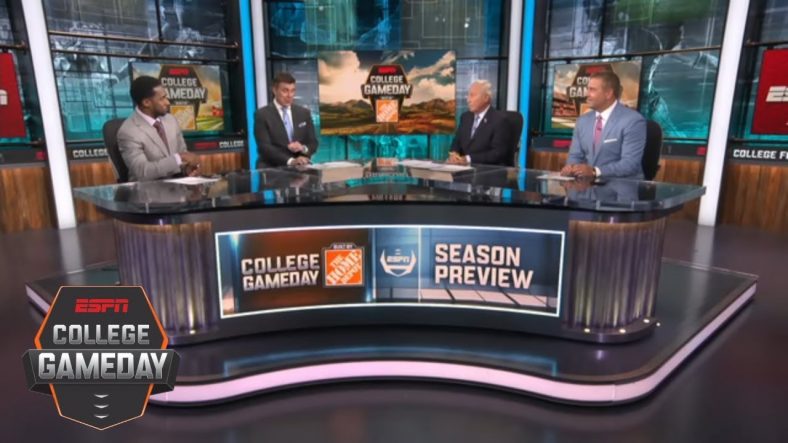 When it comes to predictions about where West Virginia will finish in the Big 12 standings, they have been all over the base. Desmond Howard is aboard the Mountaineers bandwagon. The former Wolverine has West Virginia winning the Big 12 over Oklahoma and going to the College Football Playoff. He has the Mountaineers losing in the semifinals of the tournament to his Michigan Wolverines.

“Everyone is going to be talking about Oklahoma, but I’m going to go with Will Grier and West Virginia.” Howard said.

Talk about a fun semifinal matchup in the College Football Playoff. Dana Holgorsen and the upstart Mountaineers crash the party and take on Jim Harbaugh and the Michigan Wolverines. Have to give Howard credit for going out on a limb with this pick. Most are ready to give the Big 10 to Ohio State or Penn State, but Howard went out on a limb. Or was he just being a homer? Either way it made for some entertaining viewing.