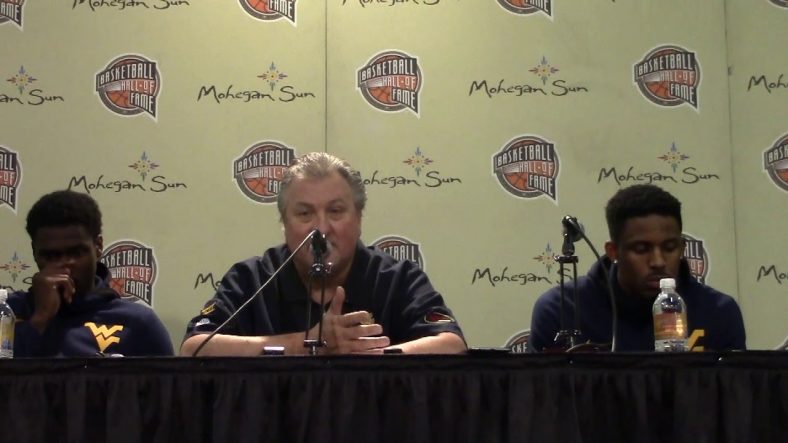 Sunday West Virginia fell to 6-4 after taking an 83-70 loss to Rhode Island in the Hall of Fame Invitational. The Mountaineers committed 28 fouls, had 15 turnovers and shot 32 percent from the field. After the game, Bob Huggins was completely perplexed.

“We continue to do things that we can’t do,” Huggins said during his postgame radio appearance. “It’s every day (in practice) it’s catch the ball and square up. Don’t catch the ball and dribble it. We don’t do it. Consequentially, we turn the ball over. We just don’t do anything hard. We just go through the motions. We don’t go to the basket. We don’t curl hard. Everything is really soft.”

During the interview, Huggins took his rant in a completely different direction. It seemed like he was talking about Sagaba Konate but he did not say any names. Konate was a late scratch while he is going for a fourth MRI on his right knee.

“It’s my fault. It’s 100-percent my fault,” said Huggins. “I’ve let things happen that I’ve never, ever let happen before and that’s my fault. That’s not anybody’s fault but mine. You try to be understanding. You try to do the right thing by the kid, but the reality is the kid’s there to help us win basketball games and get an education. They got to do what they’re supposed to do. To this point in time, they haven’t.”

Huggins closed out the radio interview by saying, “I’m going to do my damnedest to fix it and that’s all I can do.”