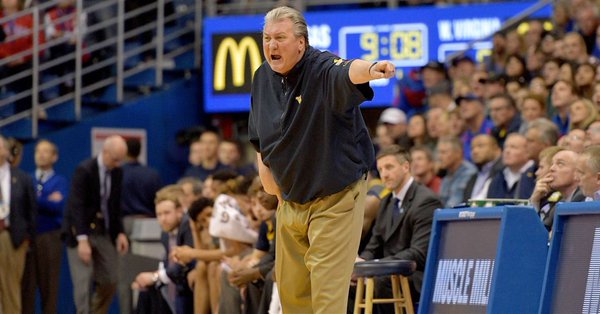 This was the Mountaineer coach’s last chance of the season to vent and he took advantage, to say the least. Bob Huggins erupts in the postgame presser

This was the Mountaineer coach’s last chance of the season to vent and he took advantage, to say the least. Bob Huggins erupts in the postgame presser after the blowout loss to Coastal Carolina in the CBI.

West Virginia lost by a final score of 109-91. That set a record for the most points ever given up to an opponent at the WVU Coliseum.

“We had no bounce, had no pep in our step. They got to every loose ball. They start the second half, we block three shots, they get seven points out of three blocked shots. I didn’t see it coming,” Huggins said.

There’s no denying the Chanticleers were super hot from the field, but WVU did a very poor job of closing out on shooters.

The Mountaineer lead man addressed why Derek Culver sat out the first half. It was because he “was late.” He added that he will not compromise his principles. More on this later.

To clarify, Culver was late for pregame warmups. Huggs says "players have a particular time they have to be on the floor. Jevon Carter's time was about two hours before that time." https://t.co/sfjkv1Tq6E

Huggins was disgusted particularly because there was such a great turnout for the game.

“It kills me because I know we had 6,500 people show up. They show up and start to believe in these guys, and we do this. It’s hard. It’s eating
me up. I guess the positive is I’ve learned not to compromise your principles for anybody. Nobody is more important than the team, which is the way it’s always been. This year, for whatever reason, it’s not what I did.”

Huggins talked about how he compromised his principles this season and revealed a lot.

“This whole mess started because I compromised my principles,” Huggins explained. “You try to help people, and some people, you can’t help. This country has gotten so into individual rights, they don’t give a damn about anybody else. You have 13 guys on the team, you can’t do everything in the world for one guy when it’s detrimental to 12 others. We’re doing that as a country, and we’re certainly doing that in the NCAA. The thing about it is, when I first got here, our best player was our hardest worker. Joe Alexander was our hardest worker. He was our best player. After that, (we had) Da’Sean Butler. (Da’Sean) worked, but he wasn’t a great worker. He became a great worker. He was our best player. You go right down the line, and in the great teams that I’ve had, our leader has always been our hardest-working guy.”