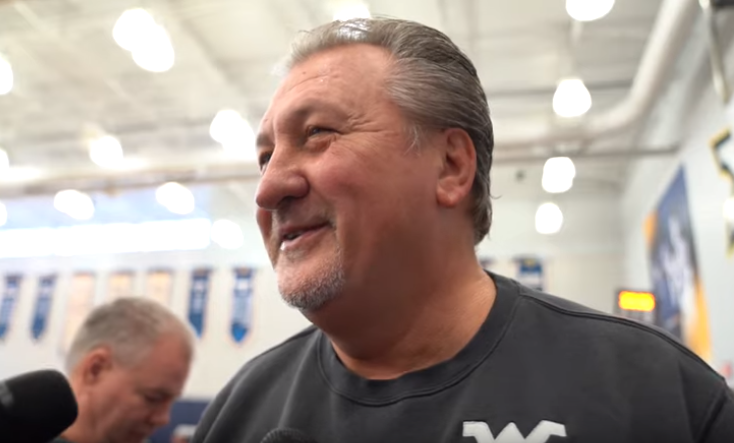 Sports publications everywhere are firing out their preseason rankings, standings and awards. Anxious hoops fans, ready for any type of basketball action they can get, are fired up about it.

Preseason predictions have the Mountaineers finishing all over the place in the Big 12 with most of them predicting a finish in the range of fifth in the conference.

Even after a freshman season from Derek Culver where he joined the action midway and immediately became a double-double machine, he’s still not getting much love. He only was worth an honorable mention on the All-Big 12 team.

Oscar Tshiebwe is the Mountaineer getting the most attention, by far. The Big 12 coaches voted Oscar Tshiebwe as the Freshman of the Year. That just tells you that the incoming freshman is an absolute thoroughbred if the coaches took him over the big-time recruits brought in by Kansas and Texas.

You know who doesn’t care one bit about these predictions? Bob Huggins.

On Thursday it was vintage Huggs when a reporter brought up his team being picked fifth.

“I’ve honestly never paid any attention to that. We’ve been picked tenth a couple times.”

He mockingly described basketball writers and their predictions after a reporter pointed out that he’s never been picked tenth by the coaches.

“No, but they were basketball scribes. They’ve got their thumb right on the cutting edge of what goes on in college basketball.”

“It doesn’t matter till the end.”

Huggs has a way of saying things perfectly.

After flipping the roster midway through the 2018-2019 season, Bob Huggins has Mountaineer basketball fans fired up for the upcoming season. An excellent recruiting class joins a young roster that was able to get loads of valuable experience down the stretch of last season.