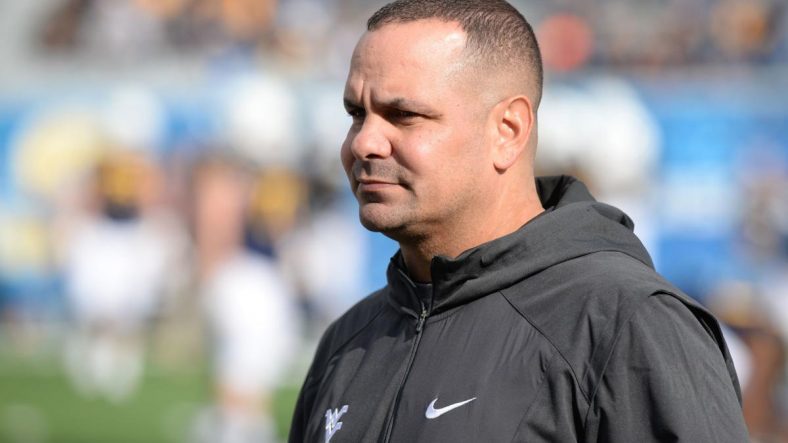 Preface:  This is in no way a slight on Head Coach Neal Brown.  No one has been more supportive of Brown since his arrival in Morgantown than me and I think West Virginia is extremely lucky to have him.

Hindsight is always 20/20 and it’s easy to know the right thing to do after something has already happened, but former West Virginia Defensive Coordinator Tony Gibson not being seriously considered as the replacement at Head Coach when Dana Holgorsen left is dumbfounding.

When NC State visits Morgantown, their defense will be led by Tony Gibson, who currently serves as the Co-Defensive Coordinator for the Wolf Pack.  Gibson, who is originally from Van, West Virginia, badly wanted the Head Coaching position before WVU ultimately decided to hire Neal Brown.

During his time at WVU, Pitt and Michigan, Gibson has coached 25 all-conference players, five All-Americans and 21 professional players.  He was the Athlon Sports Big 12 Defensive Coordinator of the Year in 2016 when the Mountaineers led the conference in total defense and in scoring defense.  He was also named one of the “hottest recruiters” in 2018 by Street and Smith.

In other words, he is a very accomplished defensive coordinator that truly deserves an opportunity to be a Head Coach.  Most of the defensive players on the West Virginia roster were recruited by Gibson and his players loved him.  The outpouring of support by former and current players for Gibson to take over the team was pretty impressive.

David Long, last year’s Big 12 Defensive Player of the Year and current Tennessee Titans Rookie, was among the most outspoken WVU players that felt Gibson deserved the job, saying on Twitter, “The right guy for the job is already in the building.  I can’t think of anyone else more deserving!”

Come on now, y’all know the right guy for the job is already in the building!!!! I can’t think of anyone else more deserving! @TonyGibsonWVU let’s get the ball rolling ‼️‼️‼️

Former West Virginia defensive lineman and current New Orleans Saint defensive tackle Kenny Bigelow added, “Tony Gibson is the perfect man for the job.  Nobody understands this team and what it means to be a Mountaineer more than him.  I’d still run through a wall for him!”

@WVUfootball no need to look too far for another coach. The perfect man for the job is @TonyGibsonWVU ‼️ Nobody understands this team and what it means to be a mountaineer more than him. I’d still run through a wall for him!

In addition, several current defensive players advocated for Gibson to be hired when Holgorsen left for Houston.  While West Virginia University seems to be obsessed with high-powered air raid offenses to keep up with the other offenses of powerhouse Big 12 teams, perhaps a move to a a more defensive-minded coach would have made the most sense, particularly if he is universally adored by the current players.

Tony Gibson views the position of Head Coach of the West Virginia Mountaineers as a dream job, the ultimate destination position.  He would have stayed at WVU for as long as the university would have him.  In addition, key players that West Virginia loss to the transfer portal during the offseason would have likely stayed and the transition would have been far easier.

I’m excited for the future of the Mountaineers under Neal Brown and I think we have the right guy leading the team, but Tony Gibson made an awful lot of sense and perhaps should have been considered more seriously.

Brown spoke about Gibson’s return to Morgantown, saying, “He knows our personnel.  I think Tony is a really coach, he’s done a great job recruiter, I know that’s been documented.  I think he did a really solid job here.  I know this will be a very special moment for him as a West Virginia native coming back home.  I think when the ball is snapped, none of that really matters, to be honest with you.”

When Tony Gibson returns to Morgantown, he will return to his home, a place where he was very successful and loved by many people.  Although he will compete against WVU on this one day, he will remain a Mountaineer forever.