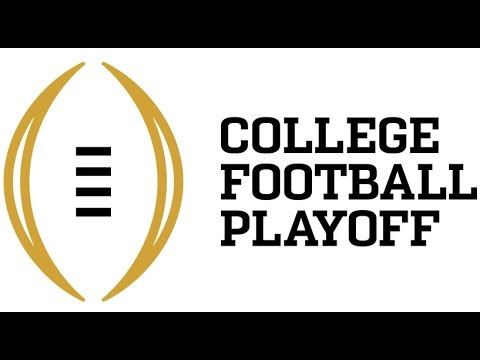 College football fans used to get extremely fired up about bowl games. Now? Not so much. Did the College Football Playoff ruin bowl games?

Let’s take the West Virginia Mountaineers, for example. West Virginia takes on former Big East rival Syracuse in the Camping World Bowl. If it’s not enough that this team is a former Big East rival, the Orange also beat down Geno Smith and Co. in 2012 in the Pinstripe Bowl. The No. 17 Syracuse Orangemen had three losses this season: Clemson, Notre Dame and Pittsburgh. If that’s not enough, the bowl is played in Orlando and Mountaineer fans can get direct flights from Clarksburg, WV to the Orlando-Sanford Airport, making travel plans a breeze.

Well, if you look at social media, you’d think West Virginia was playing Furman in a bowl played in Canada. Those same people who were defending Dana Holgorsen for doing an awesome job are now irate that West Virginia got a bowl game that is pretty in line with how the team performed this year.

Let’s take a closer look at Syracuse. They lost to two teams that are College Football Playoff bound and a so-so Pitt team. West Virginia lost to playoff-bound Oklahoma along with a so-so Iowa State team and a very mediocre Oklahoma State Cowboys team.

If West Virginia takes care of business on the road against Oklahoma State or at home against Oklahoma in either of their last two games, the bowl situation is very different. The Mountaineers failed to do so. Because of this, they are headed to the Camping World Bowl and playing a game on December 28th at 5:15 p.m. instead of New Year’s Day.

So why are Mountaineer fans so angry about the Camping World Bowl? Is it misguided anger that should actually be directed at the team’s failures in the last two games of the regular season? It’s very likely. The bowl game the Mountaineers are in is very fair.

Instead the Mountaineer fan groups on Facebook are destroying the process and questioning how Iowa State got selected for the Valero Alamo Bowl ahead of WVU. How could the Alamo Bowl possibly pass on the dreamy matchup of Dana Holgorsen and Mike Leach? Well, Iowa State defeated West Virginia during the regular season, remember?

Another thing to think about: if West Virginia was to take the next step, (Big 12 championship, College Football Playoff berth) will they get a better opportunity than this? This team was absolutely loaded on offense. NFL-bound Will Grier at quarterback and an incredible receiving core. Not saying there won’t be another opportunity, but this was a great chance to break through and win a Big 12 title.

Besides, would it really be that much better to be in the Alamo Bowl? Syracuse is a more recognized brand and an east coast team. Washington State has a mustached Heisman candidate and they were (kind of) in the picture for the College Football Playoff until they lost their season finale.

Enough about why Mountaineer fans are so angry about the bowl game selection. Nationally fans are upset about the bowl selections, the College Football Playoff choices, etc. Basically, if your team is one of the four, you are happy. If not, you are complaining. We have three undefeated powerhouses and an exciting Oklahoma team facing off in the College Football Playoff. What is there to be angry about?

Is there really reason to complain? If they move it to eight teams, will that resolve everything? No, the ninth-ranked team will be raising hell. If they move it to sixteen, then that adds four rounds of playoffs onto the regular season. Is that reasonable? People get paid a lot more than me to answer those types of questions.

Four is fine. All of the teams that didn’t make it still controlled their own destiny. Ohio State? Don’t get blown out by Purdue. Georgia? Don’t lose two games. Central Florida? Well, they are the exception. They would be underdogs against Alabama by three touchdowns at a minimum, but they did win every game. That said ,they are UCF. Give them a New Year’s Day bowl against Georgia and let them continue to build their brand.

There are some awesome bowl games lined up for the bowl season. That said, everyone is focused on what’s wrong with bowl season instead of focusing on the awesome matchups.

Vote in our poll.