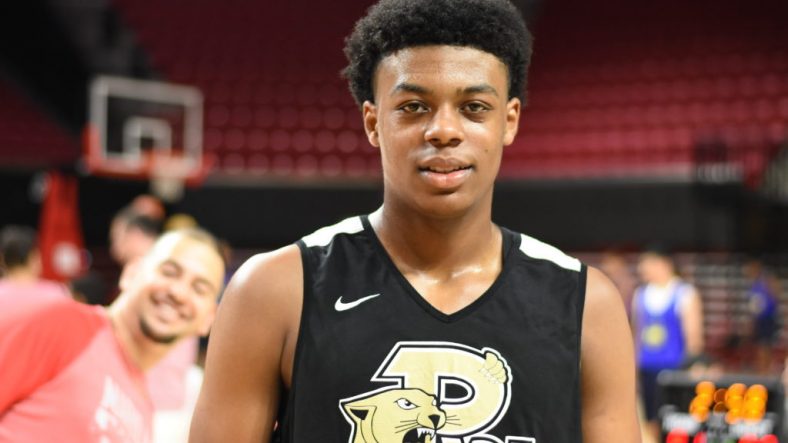 One of the top shooting guards in the 2021 class has landed squarely on the radar of West Virginia basketball Head Coach Bob Huggins.  Trevor Keels, the 6’5 210 pound guard from Fairfax, Virginia, is the #32 overall ranked prospect in the country in the class and the #2 ranked prospect in the state of Virginia.

Keels led his team to a 22-6 record and into the WCAC semifinals while averaging 15.6 points, 3.9 rebounds and 2.3 assists per game as a Sophomore.  In addition, Keels was recently honored by being named as one of the 18 finalists for the USA Basketball under 16 national team.

Keels is a versatile scorer who can shoot and get to the rim in score.  He’s also an improving passer and defensive player, and with two more years in high school he will grow into a complete by the time he enters college.