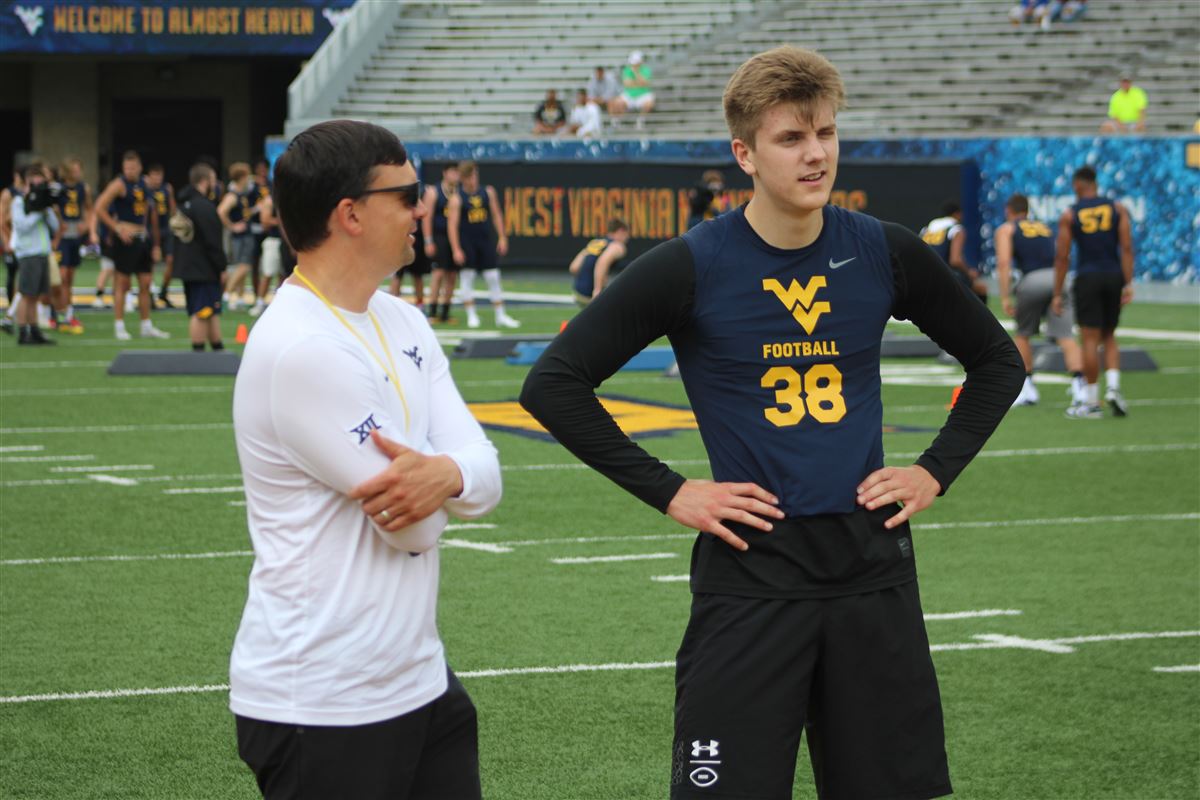 Though the young Veilleux is far from decided on his school of choice and thus remains grinding out visits and camps, Cummings reports that Veilleux “left impressed” with his experience at WVU camp.

14 schools have already offered the 16-year-old Veilleux a scholarship to play quarterback.  These include Kentucky, West Virginia, Michigan, and Virginia Tech.

#WVU hosted newly minted four-star 2021 quarterback Christian Veilleux for camp and he didn't disappoint with a very strong performance. He also stayed an extra day to tour the school and left impressed with the experience https://t.co/yLydJxk15d ($) pic.twitter.com/VxsT1b9Ojm

But the school who helped kick start the journey for the Ottawa, Canada native was the University of Buffalo. According to Rachel Lenzi of The Buffalo News, Buffalo was the first college to offer Veilleux a scholarship at 15 years old in 2017.

Veilleux then moved to New York where he played at the heavily recruited Canisius High School. In his first season, Veilleux threw for 1,699 and 17 touchdowns in ten games.

Lenzi reports that in March, Veilleux earned the Most Valuable Player honor at the Elite 11 Regional quarterback event in Ohio.

Veilleux also has multiple decisions to make. For one, he has to decide where he’s going to go to college/play football at. Secondly, Lenzi reports that he must decide whether he will be in the recruiting class of 2020 or 2021. Veilleux can finish at Canisius High, where he has one year of eligibility remaining, and go to college next year. Another option is that Veilleux can play two more years of high school with his final one being a postgraduate season at a transferrable prep school and starting college in fall 2021.

According to 247Sports national recruiting analyst Brian Dohn, “It doesn’t matter what class he’s in, because his ball movement and his arm strength is going to get better,” though Dohn acknowledged the benefit of increased exposure if Veilleux remains until 2021. 247Sports describes Veilleux as a pro-style quarterback and Lenzi adds “with a precise arm, agile movement and strong field vision.”

Although the pool of choices is large for Veilleux, Mountaineer fans are likely hoping the impression made by Neal Brown and staff makes him want to be singing Country Roads in the near future.

Check out these highlights of Veilleux at WVU Camp from 247Sports. He ran an impressive 4.68 40-yard dash.